The great Michael Palin claims that the day he learnt to ride a bike was one of the most important in his life and we wouldn’t argue with that! Cycling offers us the opportunity to get out on two wheels and experience the world in the best way possible, but what makes other cyclists tick? Ever curious to hear from like-minded souls, we asked Skedaddlers how they got into cycling and here are a few of our favourite answers:

‘I was 10 years old and borrowed a friends bike to roll down the street on until eventually I gained the confidence to start pedalling. Self taught in a day, hooked ever since.’ John Chisholm

‘I never really stopped biking from when I was a child. It’s a great way to commute, exercise & save money all at the same time!’ Mike Knee

‘I got a chopper aged 9 and proceeded to accidently drive into elderly ladies who were promenading in the park, a traumatic yet thrilling ordeal.’ Ella Cade

‘ I grew up on a farm and was an active child who loved nature and adventure. It gave me greater independence and freedom in an otherwise fairly remote life. I yearned to be an adventure tour leader and with my bike I’d pretend to take my imaginary friends on tour. True story. Years later I became an adventure tour leader and I have cycled all over the world along with cycling daily in my everyday life here at a ripe old age of 46!’ Megan Hassett

‘When I was very young, I learnt to ride a bike whilst visiting my grandparents in Folkstone. My dad helped me ride along the promenade and slowly bent my stabilisers upwards to they were used less and less until I didn’t need them. Never stopped riding since.’ Chris Witham

Getting fit the best way…

‘I got into cycling later in life because I was a chubster and needed to shed a few lbs.’ James Bellingham

’20 years ago I stopped smoking and 18 months later bought a bike to keep my weight down. Definitely a healthier addiction.’  Mike Hanson

‘After watching the 2012 Olympics and Sir Chris Hoy i took up cycling, and have not looked back since.’ Mick Parry

For the simple pleasures…

‘I used my bike when a paper girl and cycling to school in the 60’s. You can’t beat the pure enjoyment a bike ride, picnic and scenery can add to your life.’ Alysia Gilda

‘After moving away from London in 2001 to Monmouthshire, the beauty of the area & the considerably lower level of road traffic meant that I could start exploring the area & what better way to do it than on a bike! Best thing I ever did!‘ Kevin Friend 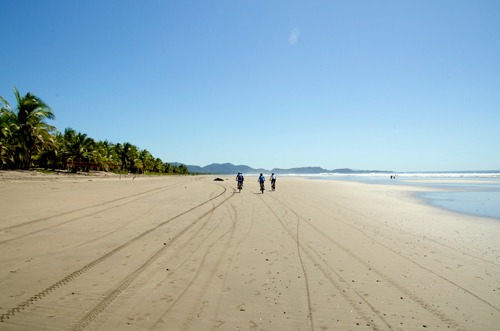 Why I Cycle: An Interview with an Olympic Gold medalist