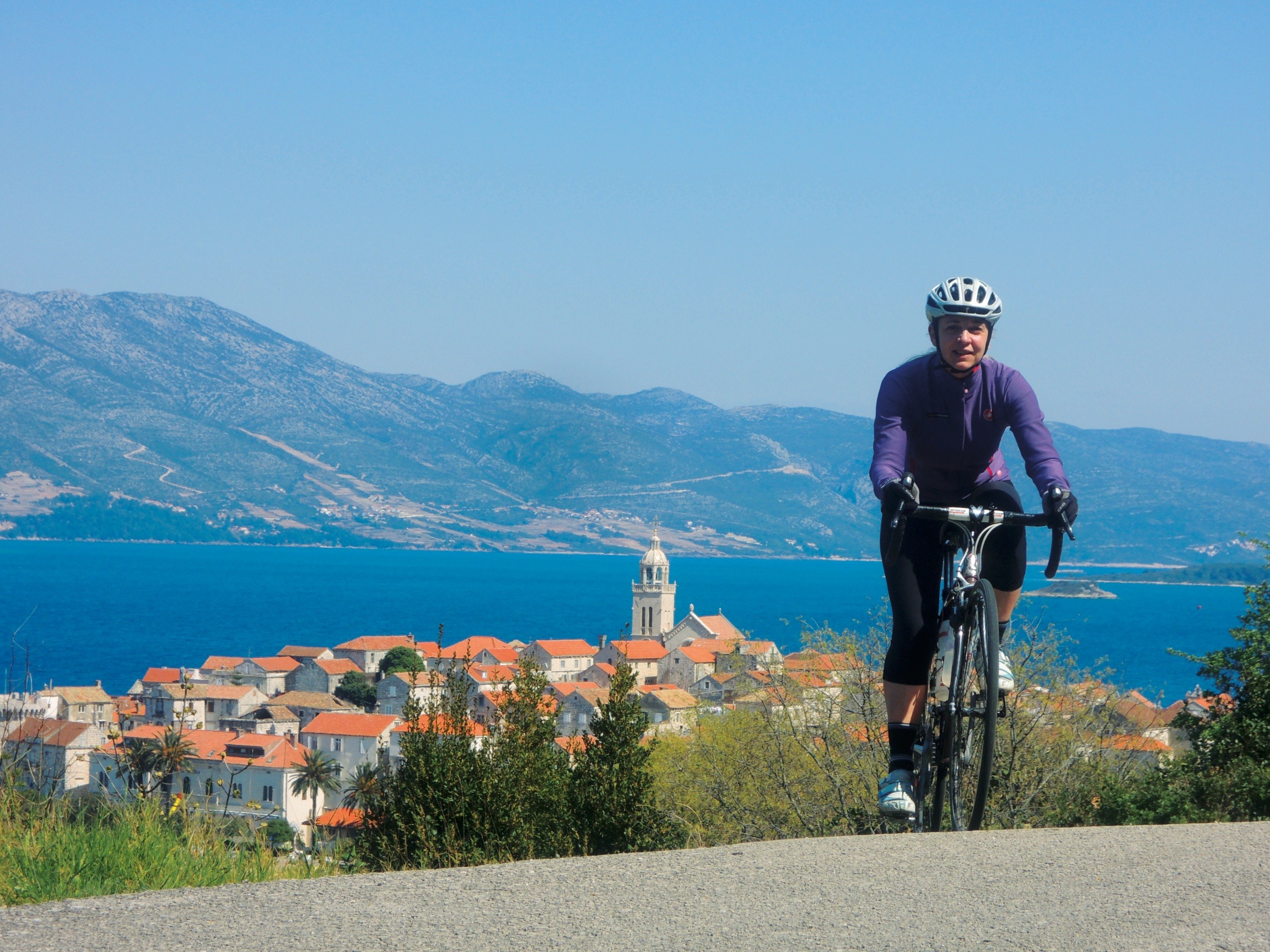 Skedaddle guides Hannah Reynolds and John Walsh were asked to create a road trip along Croatia’s stunning coastline, and put together something pretty special. A true journey that shows the contrast and change in landscape, where the cycling is as memorable as the scenery.

After our initial research, what jumped out to us was the chance to include the dramatic landscapes of Slovenia too. By beginning our journey at Lake Bled we’d be able to explore the Slovenian Alps, cross the border on winding hidden back roads, before riding the entire length of Croatia, hopping on and off the islands and finally arriving in the dramatic walled city of Dubrovnik.

Lake Bled
We decided to start the trip from Bled in the Julian Alps. This small town is situated on the edge of its namesake lake where swimming pools are fed by thermal springs. The lake is backed by magnificent views and was the perfect choice for a fabulously relaxed start to this trip.

In appearance the Julian Alps greatly resemble Austria. Tree lined winding passes take you past deeply rural, remote farmsteads, churches perch on hillsides and gushing streams can be heard in dark forests. Hidden amongst the trees is the cobbled Vršič pass.

A total of fifty sweeping hairpins, with cobbles laid out in a distinctive scallop shape around the bends of the climb, draw you up to the summit at 1611m and then propel you down the other side and once ridden we knew we needed to include it!

Border Crossing
Any bike ride that requires you to take a passport is exciting, and we decided to cross at a point where a river forms a natural border between the two countries, riding first on the northern side of the river then on the southern side as we enter Croatia. Before we reach Croatia’s coastline we’d need to pass though the Velebit mountains.

Its coastal side we recognized as classic Croatian imagery, the steep, stark-sided cliffs plunging straight into the bright blue of the Adriatic. But for us as cyclists the Velebit mountain meant another thing; a roller-coaster descent of nearly 1000m from the cool heights of the mountains to the warm, orange-scented breeze of the Mediterranean coast below.

Having descended out of the mountains we began our island hop. Croatia boasts over 700 islands making it the largest archipelago in the Adriatic. Of these islands 47 are inhabited and we chose three – Pag, Korčula and the Pelješac Peninsula, each distinct in its culture and terrain.

Croatian Coast
Pag is known for its hard sheep’s cheese, dry and salty, and best served with a glass of well-chilled Croatian wine ‑ we loved it! Korčula claims a long history of tourism with ancient Greeks holidaying there over 2000 years ago. This medieval walled city is still very much intact, small and interesting to explore.

Across from Korčula is the Pelješac Peninsula, a hilly finger of land covered with tiny villages and sheltered coves perfect for swimming. Whilst most people will have an idea of what to expect from Dubrovnik, where we conclude our trip, Split remains less known but is arguably even more beautiful and certainly more relaxed than Dubrovnik. In the daytime markets selling local arts and crafts spring up in its centre and by night the area comes alive with bars and restaurants. Our overnight stops ranged from peaceful mountain towns, aged island villages to the vibrant nightlife of Split and Dubrovnik. From start to finish this trip offers variety and challenges popular perceptions of Slovenia and Croatia. From the high passes of the Julian Alps, the varied scenery of the Velebit mountains to the dramatic coastline of the Adriatic.

For more information about this holiday call, email or visit skedaddle.com/uk/croatiaroad 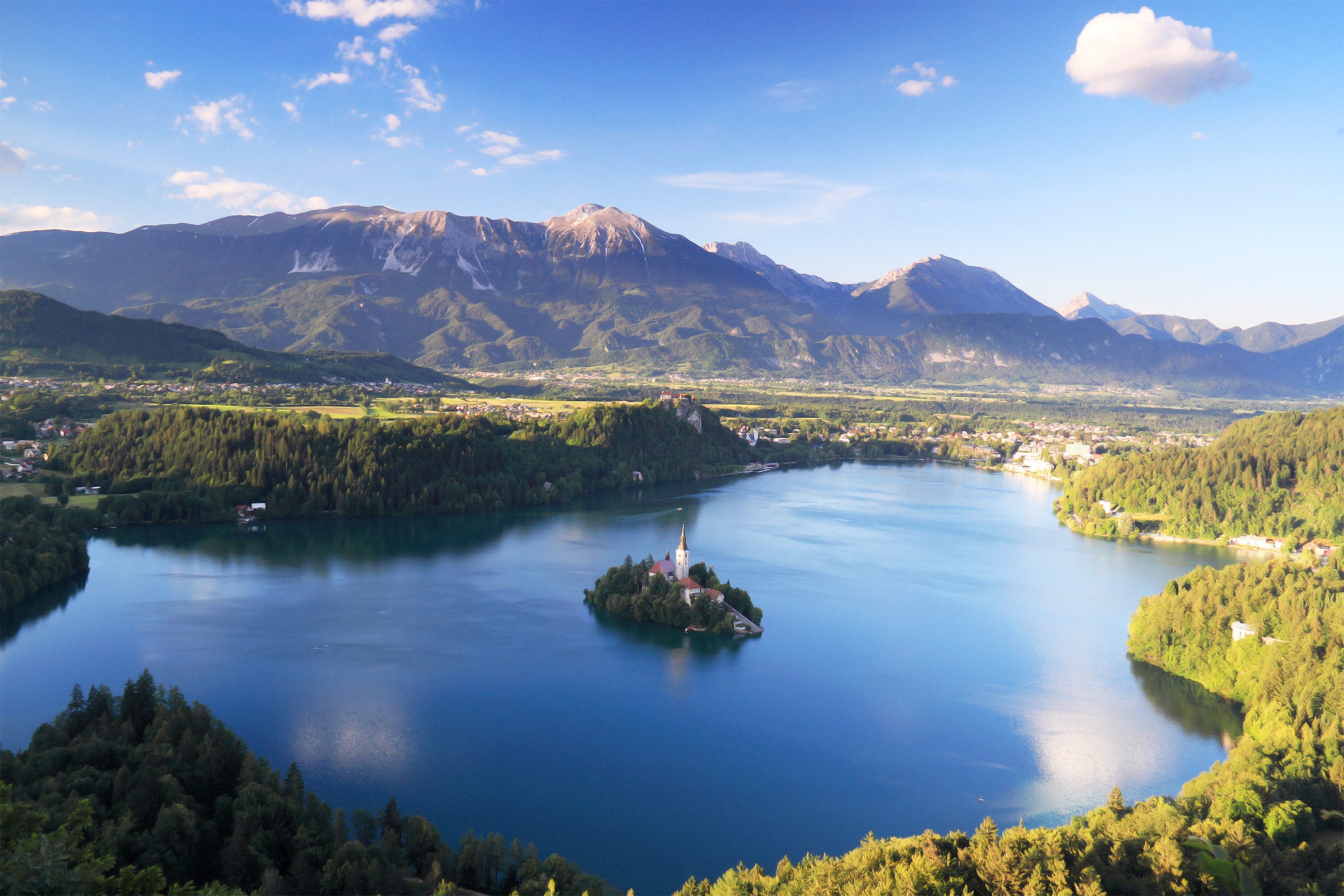 Take your wheels on new adventures…