Standing at a staggering 1900 metres, Mont Ventoux is one of the Tour de France‘s most iconic climbing stages and its legendary route provides of the most impressive riding achievements known to keen cyclists. We take a closer look at the ‘Beast of Provence’…

Although considered part of the Alps, Ventoux noticeably stands alone from any other peaks, a characteristic which only adds to its enormity! Combine this with the gentle landscapes and tranquility of its local neighbourhood, Provence, and it’s little wonder this mountain appears to dominate the region.

Ventoux has it challengers for severity (Angliru, Mortirolo), prominence (Mount Etna, Puy de Dôme), otherworldliness (Col d’Izoard), altitude (anything over 1,911m) and legend (Alpe d’Huez, Col du Tourmalet) but the Giant of Provence rolls all these characteristics into one, making it a Tour icon and a bucket-list tick box for cyclists the world over. – Cycling Weekly, The Giant of Provence: The magic and mystique of Mont Ventoux. 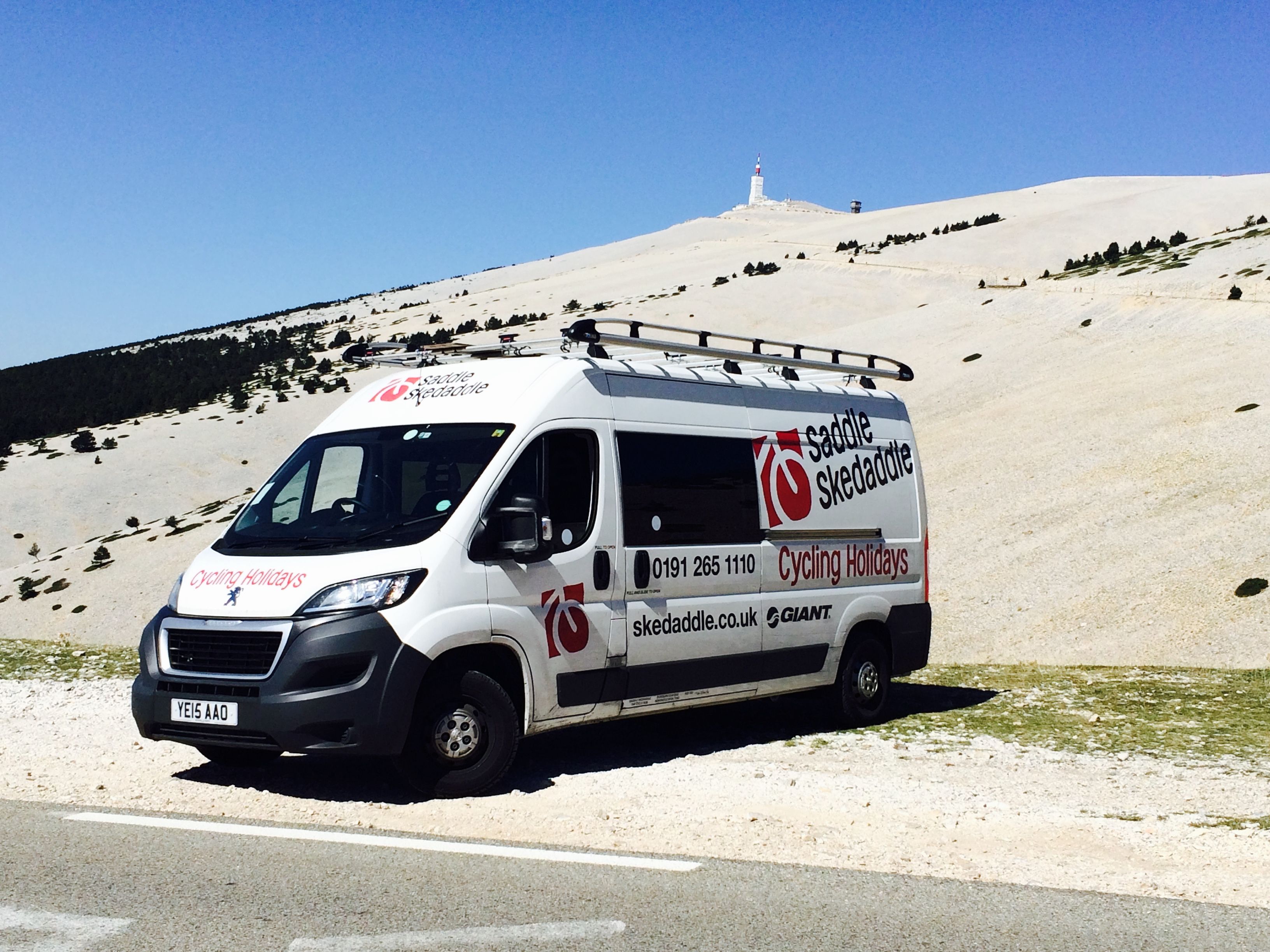 Here at Skedaddle we want to make sure that all of our skedaddler’s have the opportunity to ride like a pro, should they wish! Our Mont ventoux to Alp d’Huez offers road cyclists the chance to tackle some of the Tour de France’s most iconic cycling routes, including Mont Ventoux on your first day of riding – talk about kicking a tour off in style!

Looking at the itinerary I thought this would be a tough challenge, throwing in an ascent of Ventoux on the first days riding. However the days riding were organised very well with great support from Stuart and the others and I was pleasantly surprised to cover some of the biggest cols in the Alps without (much) trouble. – Nick, Somerset