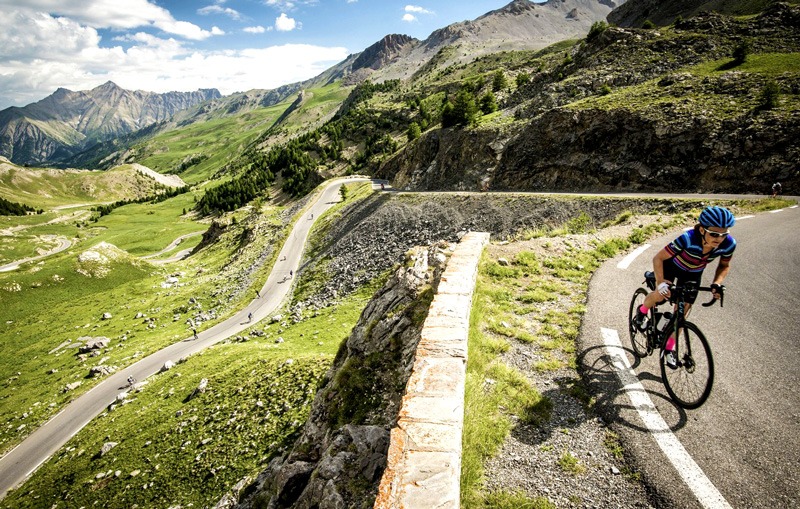 With the greatest showcase of cycling exploits in the world underway, we wanted to introduce you to the climbs and climbers that have made cycling history!  Your chance to discover how you too can ride the climbs where today’s best riders have honed their fitness.

What’s the fascination with riding mountains?

We love climbing hills and mountains – the scenery and the views, the challenge and the suffering, the satisfaction at the summit. Others might see it as a little bit crazy, deliberately setting out to do something that will result in sweat and leg pain, but for us, it’s part of the fun of cycling.

There is no other sport where everyone of all abilities can play on the same pitch as the professionals. You can’t play centre court at Wimbledon or kick a ball at Wembley, but everyone can ride Mont Ventoux.

Check out our top mind hacks to keep you happy up hills! 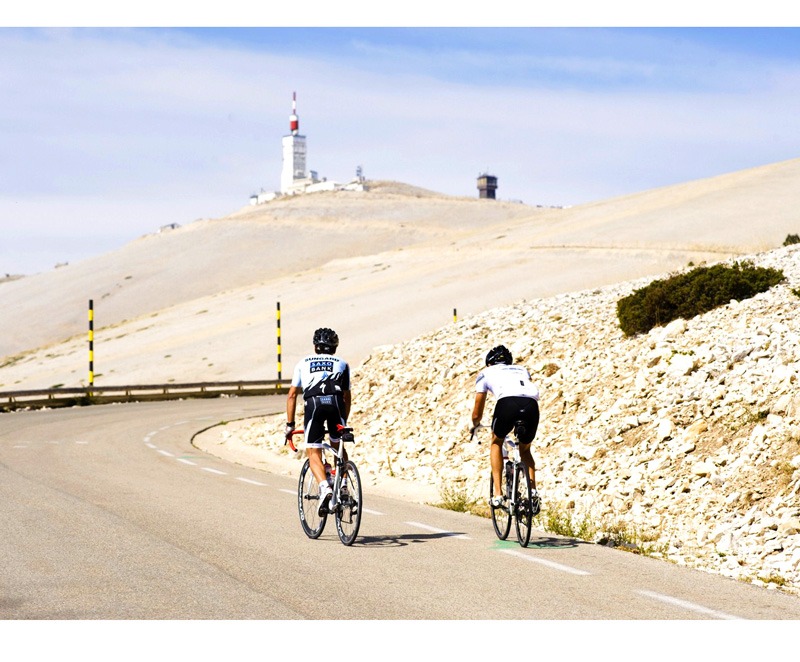 With this year’s Tour visiting both the Alps and the Pyrenees there are plenty of Skedaddle trips that allow you to sample the 2021 parcours. Our Trans Pyrenees Challenge spends a night in St-Lary-Soulan and climbs the Col du Portet, the finish of stage 17. Day 3 of our Geneva to Nice Alpine Challenge covers a trio of cols featured in Stage 9 of the TDF – Col Des Saisies, Col du Pre and the Cormet de Roseland but where the TDF finishes in Tigne we complete our day in Val d’Isere, part of the way up the Col d’Iseran.

Even with all these famous and significant climbs, one stands head and shoulder above all others, Mont Ventoux, Le Geant de Provence, and this year the Tour climbs it not once but twice on Stage 11! The riders will first tackle it from the side of Sault, from this side the early stages of the climb are relatively gentle with views across the lavender fields of Provence.

All of our St Malo to Nice trips stay in Sault, allowing riders the chance to look at and even ride this monster of a mountain during their 1,000-mile journey from the Channel to the Med. The aptly titled Ventoux á Velo spends an entire day on Mont Ventoux following an out and back route to Sault. This allows you to take the climb at your own pace and allow plenty of time to soak up the atmosphere and pay tribute at the Tom Simpson’s memorial. 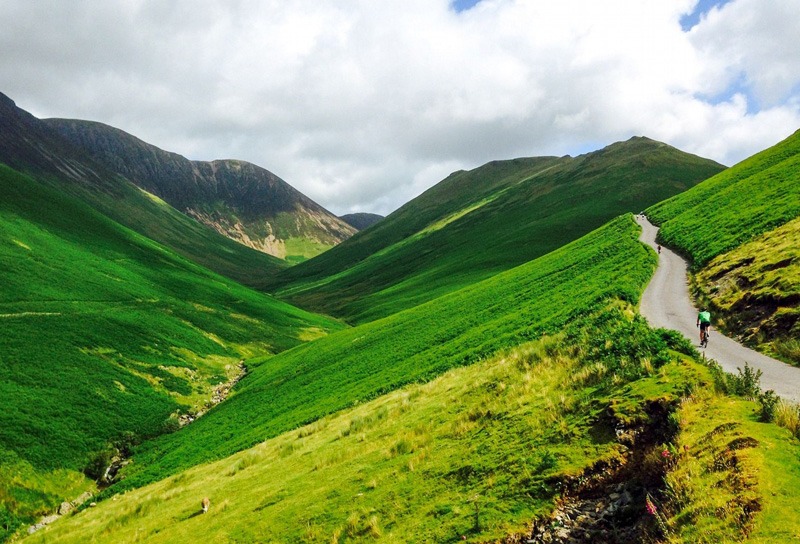 A new young face to watch out for this year is 22-year-old Cumbrian climber, Mark Donovan who has been selected to ride for Team DSM and search for stage wins. He started his sports career as a fell runner before switching to cycling at age 13 after a foot injury. Born in Penrith with the climbs of the Lake District, Pennines and Yorkshire Dales on his doorstep he honed his climbing skills as a youngster on many of the climbs we tackle in our new Yorkshire Dales and Lake District guided tour.

A circular route that ticks off six major Lake District passes, the iconic Yorkshire Dales Buttertubs and the Pennine epic the ‘The Stang’ – it is a perfect trip for anyone wanting to test themselves on these steep and challenging climbs. A well-balanced daily serving of hills builds to the final day when we tackle both Hardknott Pass and Wrynose. With 33% gradient, Hardknott ranks as one of the steepest and hardest climbs in the UK, respect to any rider who can pedal the whole way! 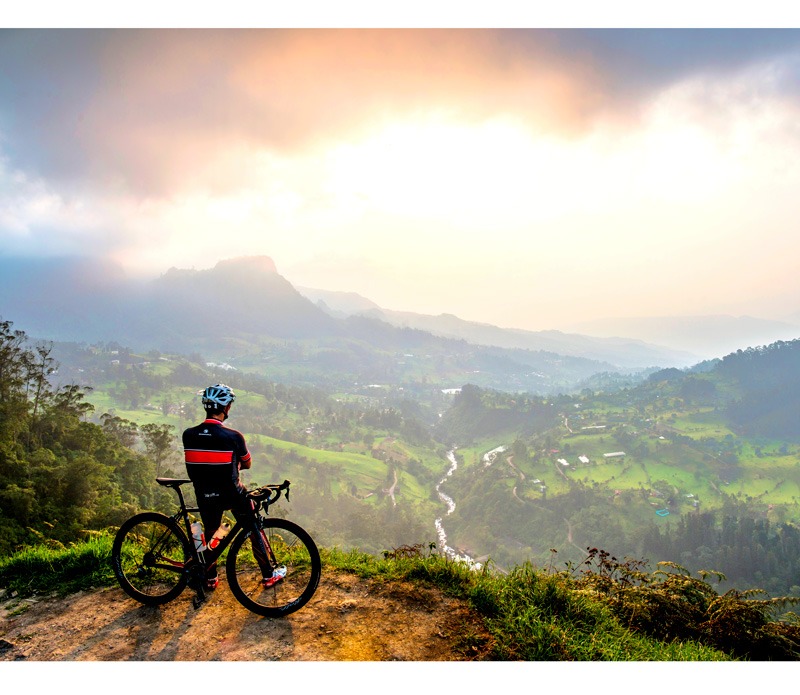 Ever wondered how Egan Bernal developed his climbing prowess or where Rigoberto Urán learnt his craft? The answer is in the natural terrain of their home country – Colombia.

The mighty Alto de Letras pass crosses the entire Central Cordillera, rising from 400m all the way up to 3690m, in one single climb that is 52 miles long – it is reputed to be the world’s longest climb and is the perfect training ground for potential Grand Tour winners. No wonder that Lucho Herrara, the Colombian climbing hero of the 1980s, once complained European mountains were too short!

The day we tackle Alto de Letras is one of the most memorable days you can have on a bike and is the highlight of our Emerald Mountains tour. Known by the locals as ‘Letras’, it’s a giant among mountain passes and draws in mountain climbers from all around the world.  The climb is so long that on the way to the top we go through different vegetation systems, at the bottom it’s tropical, warm and humid but it gets cooler as we rise. At the bottom there a huge, open view of coffee plantations, enormous vistas of green as far as you can see. As we climb we will often go through clouds and rain, swiftly emerging on the other side of them as we make our way to the top. After lunch, the altitude begins to bite and that’s when it begins to feel tougher. Reaching the top is a massive achievement for any road cyclist and a must-do for any aspiring climber. 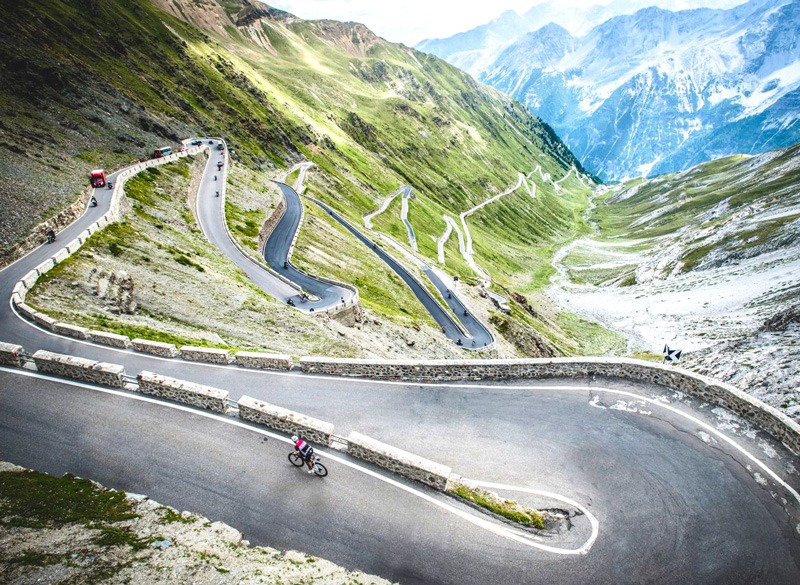 Only seven riders have ever won both the Giro d’Italia and Tour de France in the same year, the last Marco Pantani was way back in 1998. To be fresh and on-form for both is a step too far for even the most talented rider. Egan Bernal, this year’s Giro winner, is not attending the TDF due to suffering from COVID-19 earlier in the season (and the rumour is he is keeping his powder dry for La Vuelta instead).

When you take a look at the climbing on offer in Italy it is hard to imagine how anyone can be dominant in the Dolomites and recover in time to repeat the performance in France. To get a flavour of the climbs of the Giro d’Italia, the Skedaddle tour to check out is Alps and Dolomites – Giants of the Giro. Every day features notable climbs and by the end of the week you will be able to say you have ridden the iconic Mortirolo, Passo Gavia, Passo Stelvio and the infamous Monte Grappa! 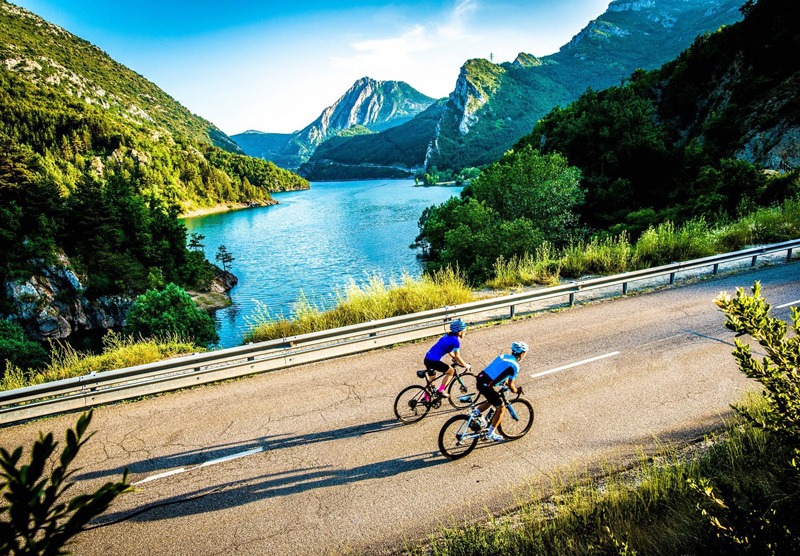 Spain – the other side of the Pyrenees

Stretching from the shores of the Mediterranean Sea on the east to the Bay of Biscay on the Atlantic Ocean on the west the Pyrenees, so while the Tour de France visits the French side and this year Andorra there is another side to the Pyrenees, the Spanish side. If you want to take a look at this mountain range from a different perspective you will enjoy our Spanish Pyrenees Coast to Coast.

With occasional forays into France, this tour travels along the whole of the Spanish ‘Pireneos’ and into four fiercely proud regions, including the Basque region where the all Basque former professional cycling team Euskatel Euskadi was conceived and funded by its team members. For many years the Basque Country has been synonymous with some of the biggest names in Spanish cycling with the likes of Miguel Indurain and Joseba Beloki honing their skills in the hills and deep Atlantic valleys. 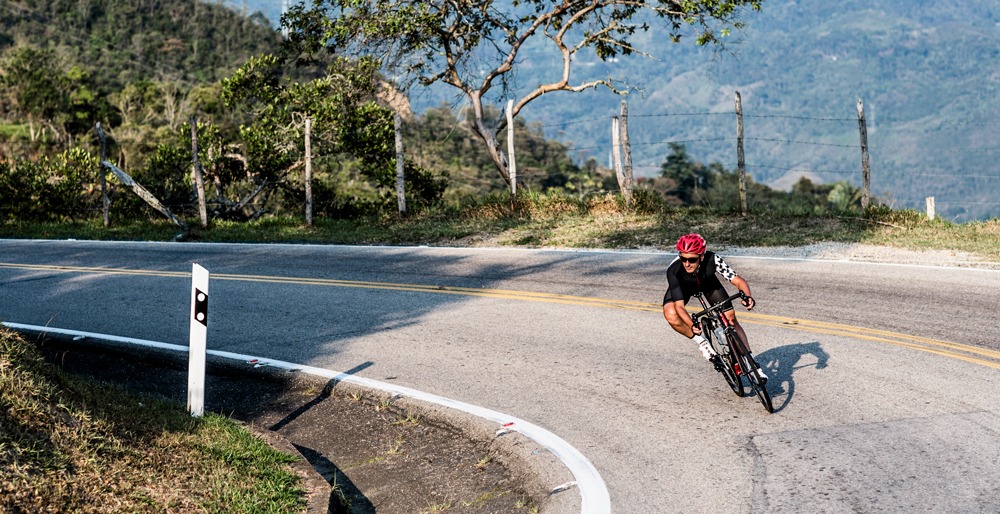 For some, the thrill of climbing is the reward of the descent. Every epic climb has a descent of similar proportions that takes nerves of steel and outstanding cycling skills. The absolute master class in descending is Julian Alaphilippe – his descent of the Col du Galibier whilst in yellow in 2019 will remain the stuff of cycling legend for many years. But, often those best at descending are not the champion climbers but those who struggle a little bit and need the descent to regain the group or get away from a rival. Brush up on your descending skills with our 5 tips!

Feeling inspired? Take a look at our range of road cycling Mountain Challenges with a great selection of some of the most famous climbs in the cycling world for you to attempt, but don’t worry if you feel daunted, we’ll be there with our fully qualified guides and support vehicles to make sure you have everything you need to conquer the challenge!

Top mind hacks to keep you happy up hills

Meet our team in Portugal!