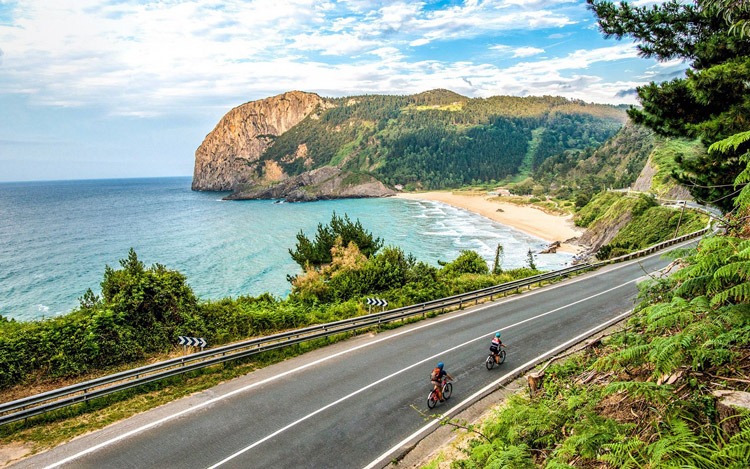 With over 25 cycling holidays (and counting) brought to you by our established Skedaddle España base, Spain is a destination we’re proud to call our casa! And what better way to understand more about this popular cycling destination, than by hearing from our local team out there? Here’s why they can’t get enough of Spain…

Check out our full range of cycling holidays in Spain here! 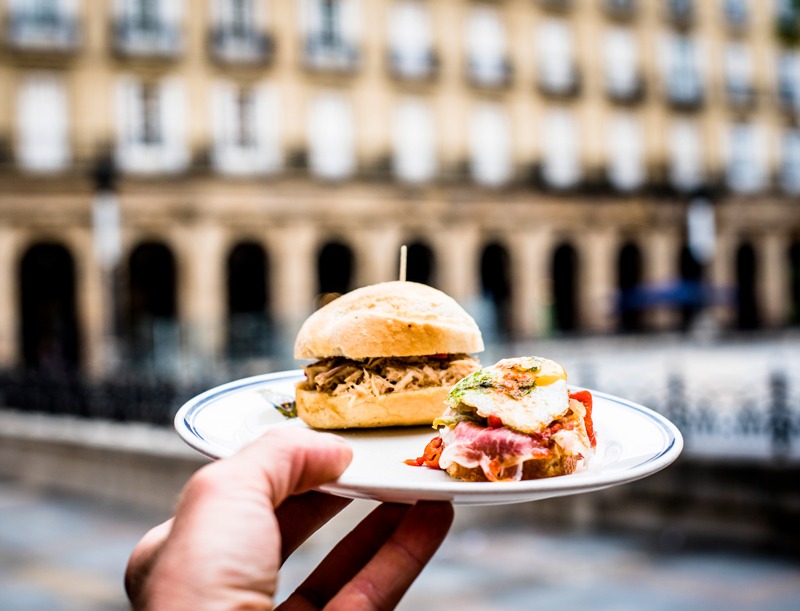 1. Tapas: more than just food
Tapas are at the very heart of the Spanish lifestyle. Everywhere you go, you will find lively bars serving small plates of amazing food and delicious local tastes. But tapas are much more than just portions of food, going for tapas is all about social activity and provides a memorable bonding experience. Here, the Spanish regularly get together with their family and friends to have a good old chat. People commonly eat their tapas standing up at the bar or at small tables, rather than sitting down. They are meant to be informal and after completing the first round of lively conversation and small plates, everyone moves on to the next bar, often only a few footsteps away.

When it comes to tastes, you’ll also soon realise that in Spanish cuisine, things vary hugely from one region to the next. In northern Spain, tapas are called pinchos or pintxos, meaning toothpick, and are usually served on bread. Here’s a top tip from our Skedaddle España head honcho, Dan Hirst:

The best local places will be busy and often don’t look that special or unique from the outside. Spaniards are known to just toss the napkins and olive pits when they’re finished with them so they can also look a little chaotic. When it comes to tapas bars, the busier they are, the better the food is there!” 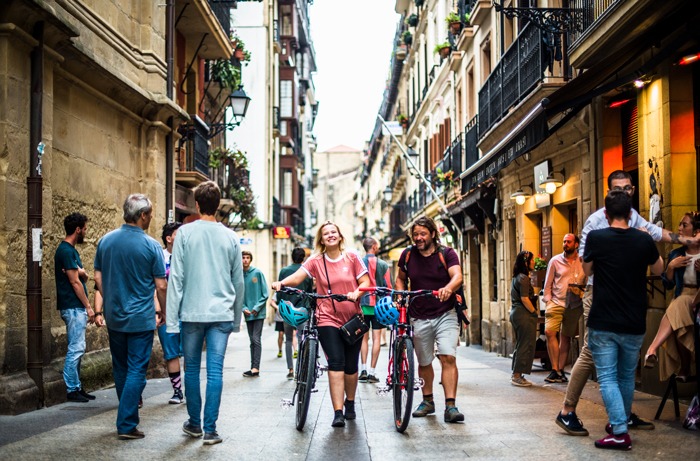 2. Curious locals
The Spanish are friendly people and will be the first to greet you with curiosity about your journey. It is in their culture to be welcoming and open to a chat. When you ask for help, they will try to help you as much as they can whether it’s asking for directions or getting your bike over their fence. Here’s what our Spanish operations guru and regular guide, Sabine Reichert, told us:

You will often hear phrases like ‘Ánimo!’ shouted at you as you pass by, which translates as ‘cheer up’ and is their way of encouraging you to continue and enjoy your journey.”

For those eager to try and connect with the locals better, we always recommend learning some simple phrases in the local language! In Spain, a common greeting you’re likely to hear is: beunos dias, beunas tardes and buenas notches …which simply means good morning, good afternoon and good evening, said ofocurse dependant on what time of day it is! A simple gracias, said in thanks, is always sure to go down well too! Spaniards are also very passionate and if you show your appreciation, especially for their country, Spanish cuisine and wines, they will likely be very pleased. 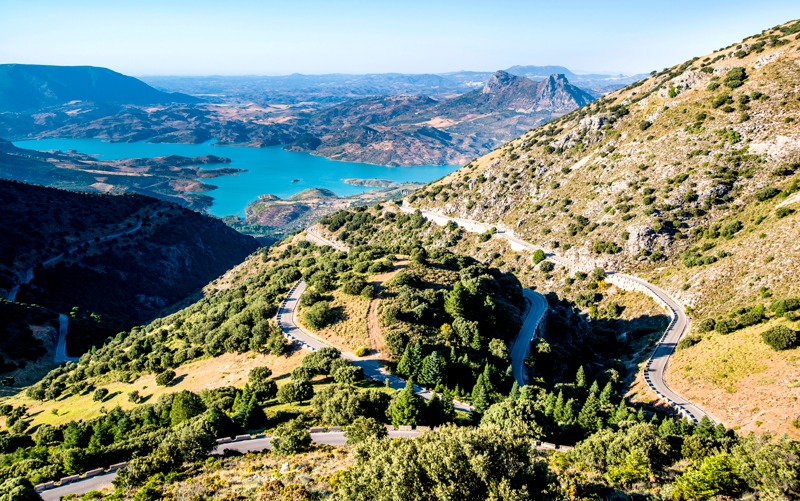 3. Sensational Sierras
Literally translated as ‘mountains with jagged peaks’, Spain’s flat, dry plains are complemented by these dramatic, lofty ‘sierra’ playgrounds. Spain is often overshadowed by France when it comes to cycling in the mountains, but we are convinced that the smooth empty tarmac and exciting trails that Spain has to offer should be on every cyclist’s bucket list. Its mountains are majestic, from the northern Pyrenees and the Picos de Europa to the Sierra Nevada in the south, and many lesser-known sierras in between. Whether you prefer to follow the glory of the winners of arguably the toughest cycling Grand Tour, the Vuelta a España, and climb some of Europe’s highest paved roads, or want to enjoy some of the continent’s longest and most thrilling downhill trails, Spain is sure to deliver. 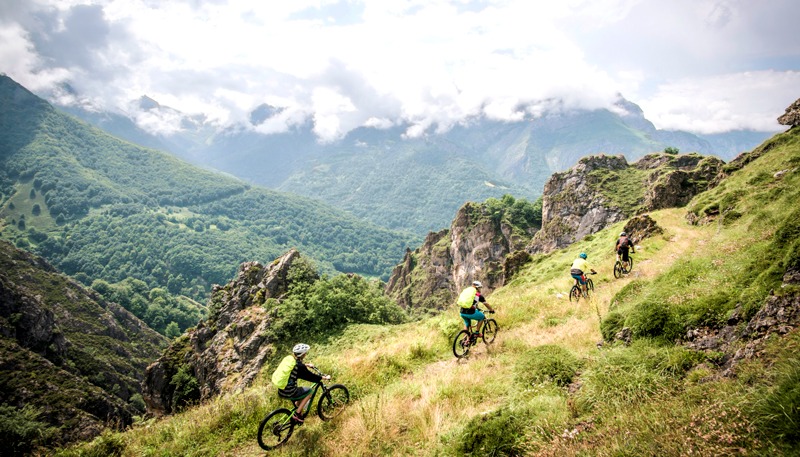 4. Epic wilderness
Spain is a big country, the 2nd largest in the EU no less, which means there is plenty of space here. It is home to a number of national parks and they really pack a punch. These parks boast some of the world’s most pristine and interesting landscapes and have become famous for their natural beauty. But you don’t have to be in or near the national park to experience Spain’s wilderness. Here, you can often go just outside a bustling city and encounter deserted countryside ovetaken by nature, or iconic evergreen woodlands called Dehesa that are a unique feature of the Iberian Peninsula. Cyclists can therfore expect tons of blissfully unspoilt riding here, rewarded by mile upon mile of smooth and empty tarmac. 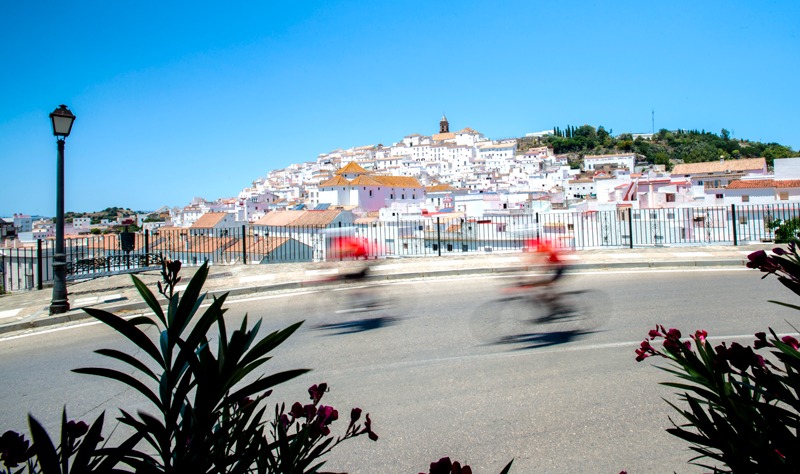 5. Sun, cycling and… siesta!
A siesta (a local term for “nap”) is a tradition that everyone knows about but fewer and fewer people put into practice, including Spaniards. That said, it is still sacred in many areas of the country, especially in rural areas, so don’t be confused by the closed shops and restaurants in the middle of the day.

Lunch is the biggest meal of the day in Spain and many prefer to have it at home with family and friends, followed by a siesta. People in Spain also have dinner much later and stay up longer than their European neighbours, and a nap during the day is what makes it possible. It’s all part of how people live in Spain, so why not embrace it? Another important reason for the siesta is to beat the mid-day heat, which can be very exhausting if you’re not used to it. Siestas have also been linked to many health benefits too! Whilst not always practical when out on the bikes,  Skedaddlers on our group tours here have been known to enjoy a cheeky nap in a shaded spot following their picnic feast. 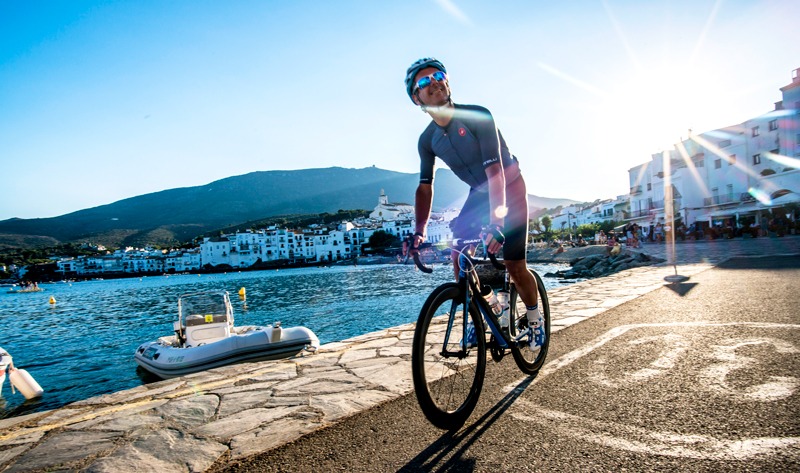 6. Long summer
Spain is one of Europe’s warmest and sunniest destinations throughout the year, with its alluring climate shaped by the country’s location between the Atlantic Ocean and the Mediterranean Sea. Summertime lingers longer than almost anywhere else on the continent here. Southern Spain sees more than 300 sunny days each year, which makes it a perfect off-season cycling destination. That’s exactly why Andalucia is our top choice for late and early season holidays, including festive New Year road cycling and MTB tours. 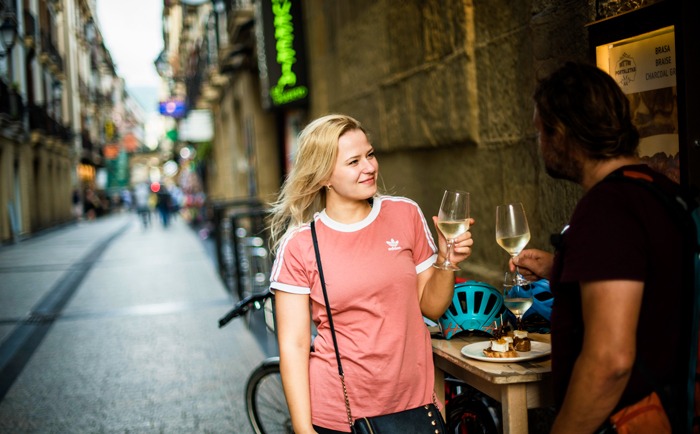 7. Salud!
Drinking in Spain is an art! There is a time and place for different beverages in Spain and it differs from one region to another. While getting a cold beer during the hottest part of the day is absolutely acceptable and is encouraged (especially after a ride), if you’re cycling in the north you might be encouraged to have a cider instead. One thing you will hear a lot is una caña, meaning a small glass of draft beer. The clever idea behind these small glasses is that your beer will always be extra cold! And no matter where you are, you will want to celebrate the end of the day’s ride with some sparkling Cava. You can also forget about asking for sangria at the bar, as it is strictly considered a tourist drink, so ask for the local’s favourite summer drink ‘tinto de verano’ instead. And if there’s a tapas there, take it – drinks in Spain should always be accompanied by food!

We could talk about Spanish wine, well, forever. Spain is the third-largest wine producer in the world and has a lot of land dedicated to vineyards – which make for fantastic cycling sights. Among many highlights and favourites, are of course the region of La Rioja in the north, and the famous Sherry Triangle in the south. Salud! 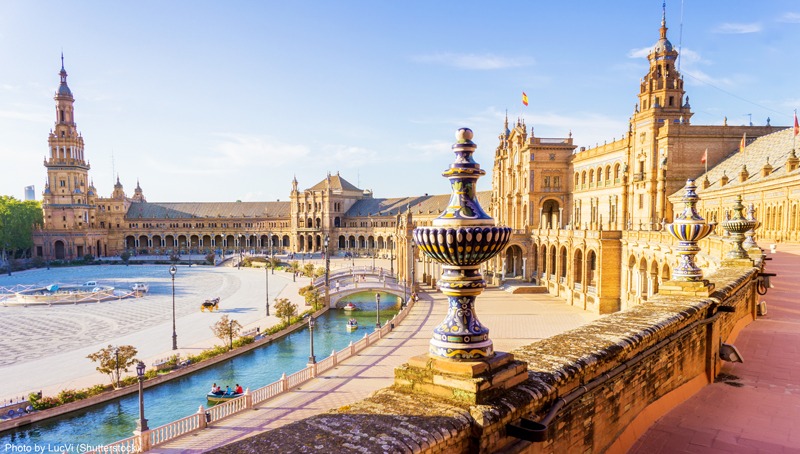 8. Architecture
Appreciation of beautiful architecture always goes hand-in-hand with exploring new places. Spain is a country with a rich and interesting past, having been ruled by many empires and religions, and each of them has left a fantastic legacy of an overwhelming wealth of cathedrals, churches, temples and monasteries, all just waiting for you to explore.  Cycling from city to city is always a great way to help you to better understand the history and admire the unique and varying architectural styles that this country has to offer in all its glory, we recommend Bilbao to Barcelona or Granada to Seville for trips bursting with impressive, historical gems.

Check out our full range of cycling holidays in Spain here!

Feeling inspired? Take a look at our extensive range of cycling trips in Spain to find out 29 ways to explore this classic cycling destination on two wheels.