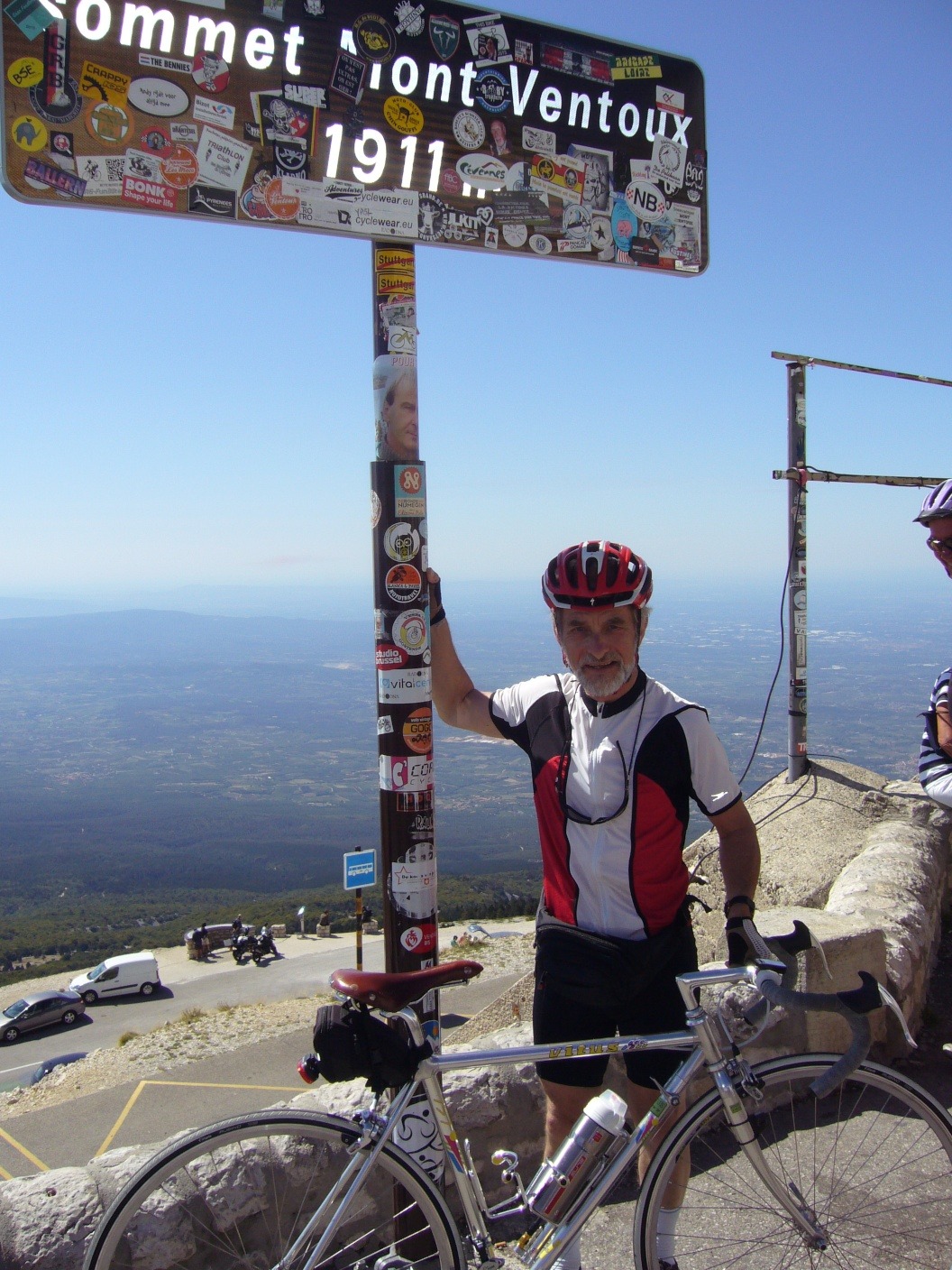 Dare you take on one of the worlds most infamous climbs? Skedaddler Stuart Doran did just that earlier this year, armed with his trusty French stead and with the iconic peak of Mont Ventoux firmly in his sights. Find out how he got on cycling Mont Ventoux to Alpe d’Huez below:

I wanted the challenge of climbing a mountain and Mont Ventoux fitted the description; an iconic ride made famous by the Tour de France, a tragic history with the death of Tom Simpson and the spectacular lunar landscape, adding spice to the mix. Challenge decided upon, then the means of transport to achieve success exercised my imagination. My enjoyment of cycling is firmly rooted in the technology of the 1980’s and my bikes, although not worth a king’s ransom, are irreplaceable. Do I risk my old friends to the dubious charms of airport baggage handlers? The solution: as I intend to ascend a French mountain, obtain a classic 1980’s French frame and build it with as many French components as practical. A Vitus 797 aluminium frame was bought from a specialist in Lyon, kitted out with components from my parts box and a brand new set of wheels built. With its polished aluminium tubes glued and screwed into aluminium lugs, aerospace technology of the 1980’s, the bike looked the part. It remained to be seen if the British designed and built engine from the 1940’s could power it.

On the start line at Sault, with advice from the guides that the first section is through woods and therefore could be cool, an outer layer was donned. A steady uphill climb resulted in the engine, more used to a cool northern temperate climate, suffering overheating. Outer garment removed, gentle rhythm settled into and with the temperature gauge on normal the cafe located halfway up the mountain arrived suddenly. Tea ordered and true to French tradition, consisted of a tea bag gallantly swimming in a cup of warm water. 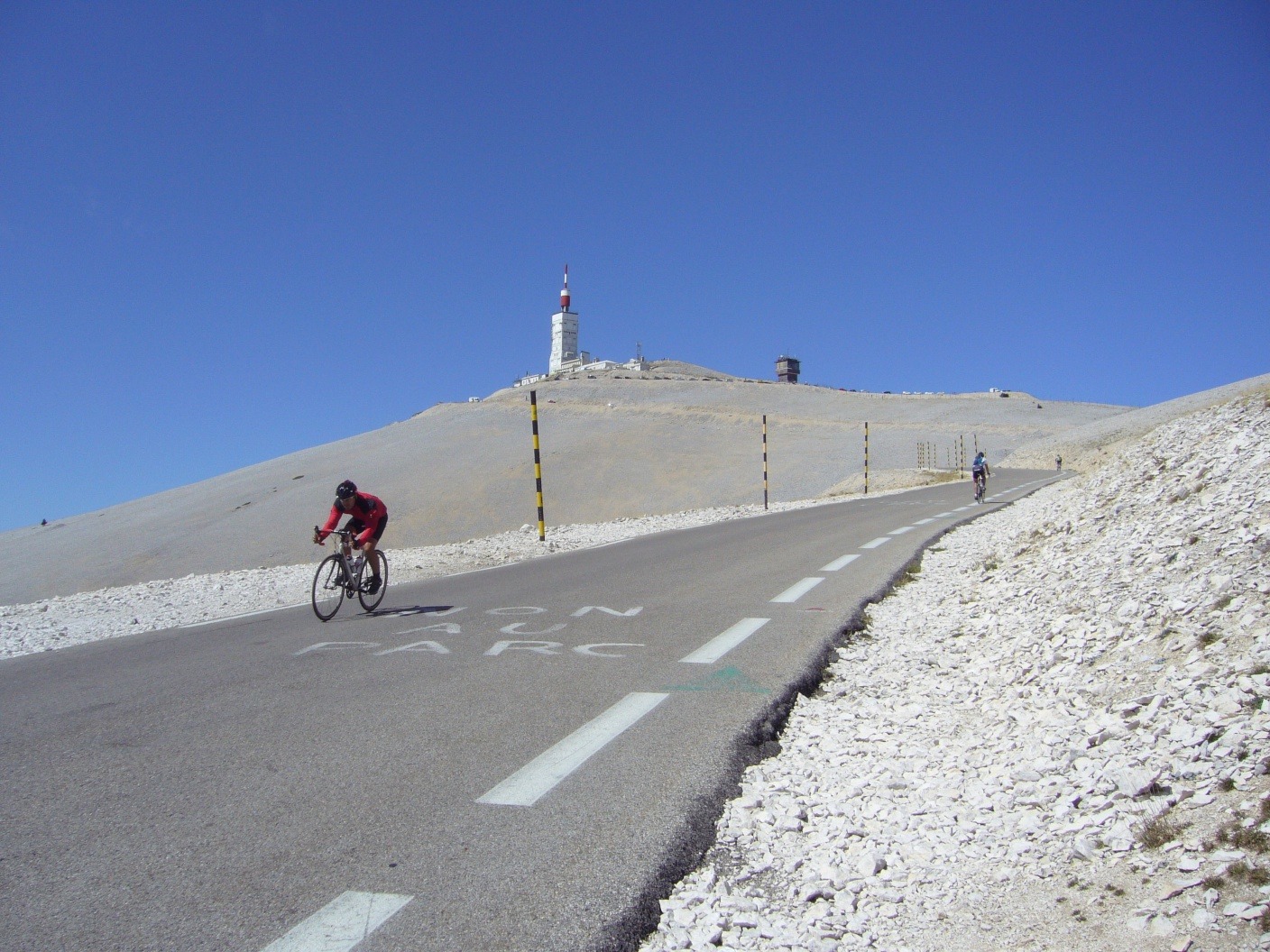 Fuelled, sunglasses on and rhythm settled into the climb onto the lunar landscape commenced. Carbon fibre, powered by all countries, went past but elation was achieved when other sufferers were overtaken, even if some were on foot. Tom’s memorial on the right, will stop on the way down, one more hairpin, then the distance markers, past the Tour finish line and on to the summit. Round the last bend only to meet the back end of a large four wheeled drive whose driver was busily making a mobile phone call. After a loud remonstrance from a French gentleman spectator car moved allowing the final few meters of ascent to be thoroughly enjoyed. My French bike behaved faultlessly (it probably felt at home), and British engine proved that to climb a mountain does not require the latest technology or the athletic prowess of a youngster…

Finally I paid my tribute at Tom Simpson’s memorial, where a cyclist sitting on the steps looked at the bike smiled and said, ‘That’s nice’. 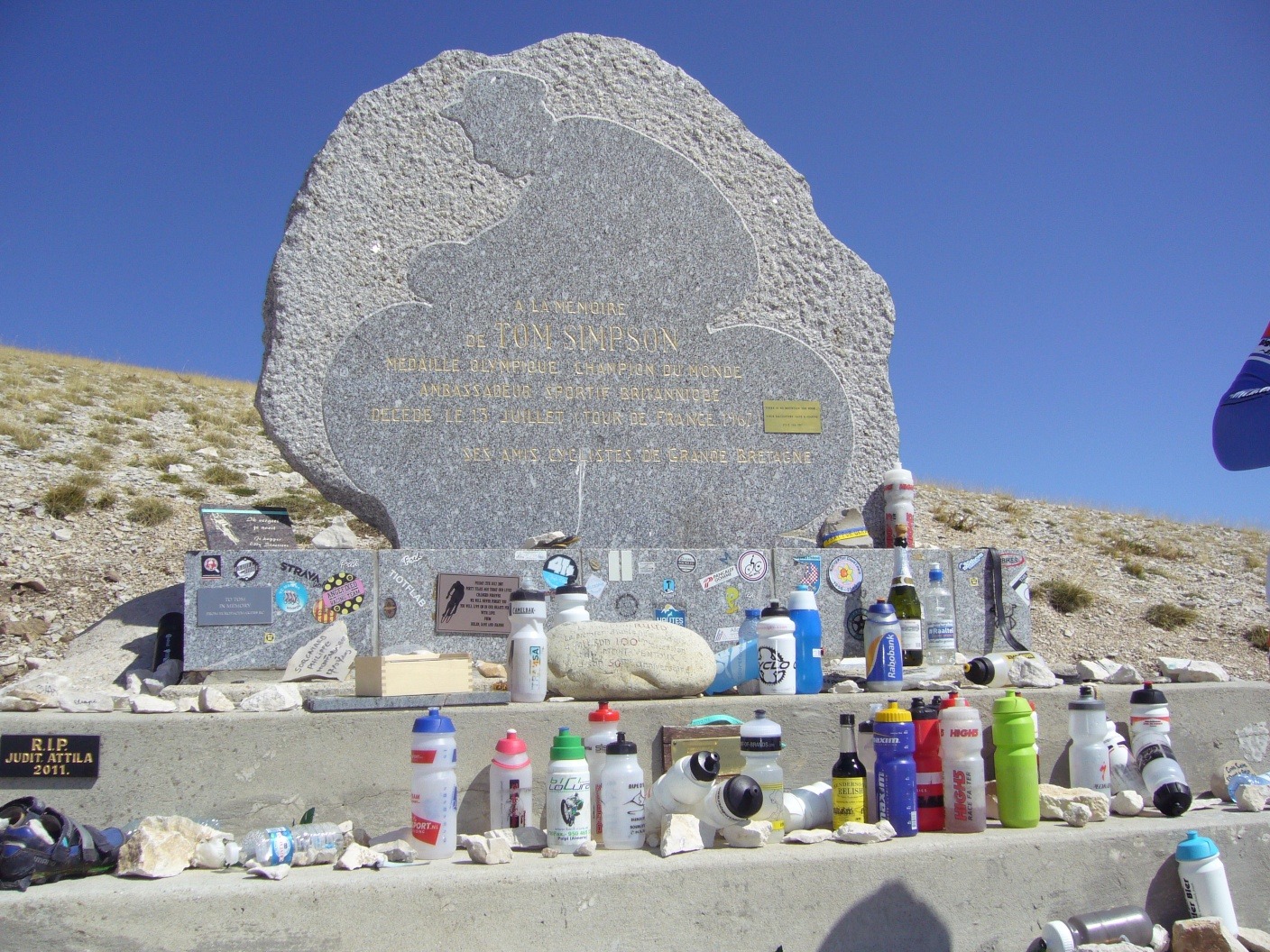 Stuart Doran has been entered into our Customer Competition and will be in with a chance of winning £250. Keep your eyes peeled to find out how he gets on.

A Croatian Adventure by Boat…