Home Tips & AdviceLifestyle Why I Cycle: An interview with Tim Moore

Why I Cycle: An interview with Tim Moore

As part of our ‘Why I Cycle‘ series we’ve been searching high and low for fascinating cyclists who share a similar passion for cycling the globe. This week we’ve managed to pin down British travel writer and adventurer Tim Moore, who over the years has seen his fair share of amazing cycling destinations. Time to read on to find out more about his love of cycling… 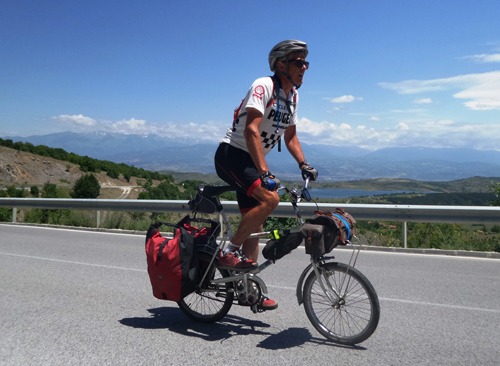 Tim Moore’s account of his ride down the Iron Curtain Trail, The Cyclist Who Went Out in the Cold, has just been published. Click here to order your own copy.

For a preview, check out his video below: