Summary Itinerary Gallery The Cycling Dates & Prices The Essentials
Search Holidays
BOOK NOW
View Reviews
2
Our family cycling tour in Umbria offers you the best of all worlds, both on and off the bike! The Valley of Umbria is the perfect setting for your cycling vacation and as the fertile valley, surrounded by green mountains covered with olive groves and vineyards, meets medieval towns and villages, you'll not be able to help but be amazed. Following cycle paths and gently undulating, mostly traffic-free country lanes, this tour provides you with an unrivalled opportunity to discover the charming Green Heart of Italy.
Your Umbria biking vacation begins in Assisi, the city of pilgrims situated on the slopes of Mount Subasio, where the whole family can enjoy exploring the maze of small streets, squares and medieval palaces - you'll truly feel like you've travelled back in time! Your first day on the bikes is around Spello, a Roman town, and we've built in time to explore the Roman villa and Roman gates, Porta Consolare and Porta Venere. Mid-week, after leaving Assisi, you'll reach Torgiano, where you can visit the Wine and Olive Oil Museum, and then Bevagna, with its cozy square and two Romanesque churches. Finishing your week by pedaling along the cycle path into Spoleto, you can't fail to be charmed by the late medieval and Renaissance monuments in the city.
During this Umbria cycling trip you'll be staying in carefully selected, welcoming 3* and 4* hotels, many of which have pools and other facilities. We've even included a pizza making evening, where the whole family can practice their culinary skills! 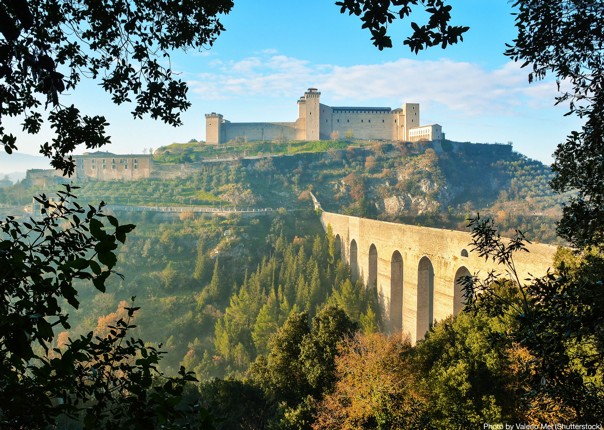 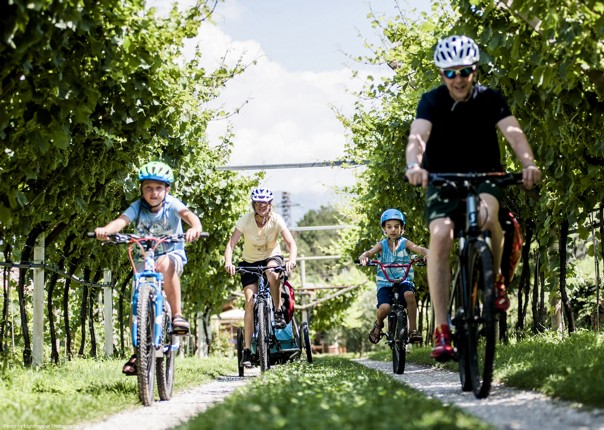 After your arrival into Perugia airport, we’ll pick you up and transfer you to your first accommodation, set in a rural location, around 7kms from Assisi (transfer approx. 30mins). Here you’ll be met by a local representative who will chat through the trip ahead and will fit your bikes (if renting).

There are lots of facilities at your hotel which you can make use of from tennis or fishing to the hotel pool, from where you’ll have a stunning view of Assisi. Depending on flight times, you may have time to venture into Assisi, a medieval city in which history, traditions and art are harmoniously combined. Hopefully you’ll have some time to wander through the small alleys, stopping at cosy squares and of course having your first ice cream of the trip! There’s lots to see including the Basilicas of St. Francis and St. Clare, museums and the Roman Forum.

After breakfast it’s time to get on your bikes as you begin to discover the green Umbrian Valley – there’s plenty to get excited about! With a lovely little downhill section, along quiet streets, you’ll reach Spello, which is fiercely situated on the slopes of Mount Subasio.

The city has preserved its medieval charm and you’ll soon find yourself exploring alleys and cheerful squares, surrounded by flowering balconies. Leaving your bikes at the foot of the historic centre, it’s a short walk uphill to visit the main sights of the city: the churches of Santa Maria Maggiore and St. Andrea, the Pinacoteca (art gallery), the Roman mosaics and the Porta Consolare (Roman Gate).

There are plenty of gelateria to choose from to re-fuel (if you need any excuses), before cycling back to your hotel through cultivated fields planted with cereals, sunflowers, vines and olive trees. 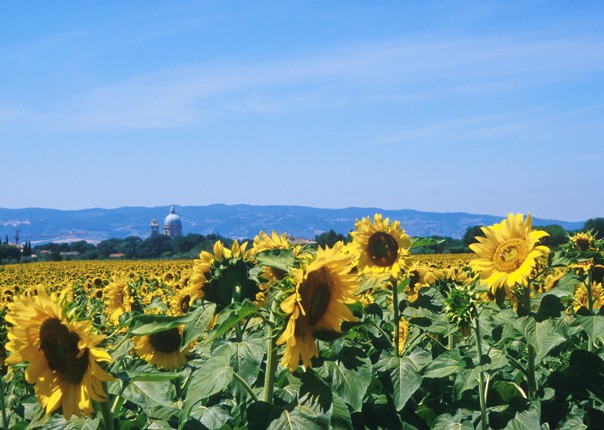 This morning you will cycle to Santa Maria Degli Angeli, where there’s plenty of time visit the basilica; the impressive dome covers the Porziuncola, where St. Francis and his friends lived. If you didn’t have chance to visit Assisi on your arrival, then you can leave your bikes here and take a bus up to Assisi, which is built on a hilltop.

Back on the bikes and cycling along quiet country roads, you’ll reach Torgiano; here you’ll find some reminders of the village’s glorious past, including the Baglioni Tower and the remains of the ancient city wall. Torgiano is situated at the confluence of the River Tiber and one of its tributaries (Chiascio), making it a fertile wine region. The Museum of Wine and Olive Oil, situated in the 17th century Graziani-Baglioni Palace, is worth a visit. In the museum, the history of cultivation of grapes and olives is explained and documented by archaeological finds and ceramics. 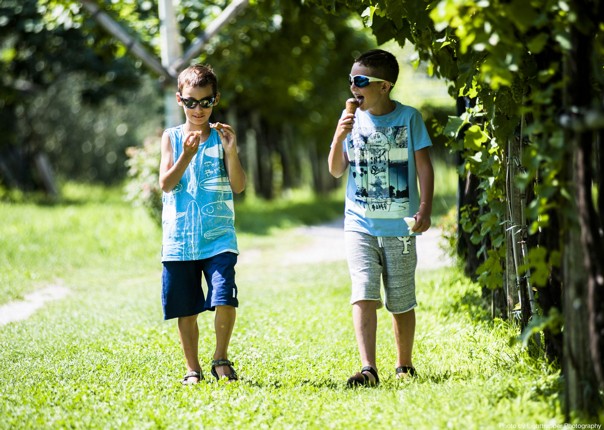 The Umbrian countryside will be your companion for the day today as you cycle to Bevagna; a rare example of a historic centre built on a plain rather than on a hill, Bevagna boasts both a Roman and medieval aspect. Piazza Silvestri is a very interesting square to visit – a cheerful meeting place for the locals, with its gothic Palazzo dei Consoli and two Romanesque churches, Roman mosaics and a medieval house.

Today is dedicated to reaching Foligno, a welcoming city situated on the River Topino. Here you’ll have time to visit the Duomo and its late Gothic Palazzo Trinci, which hosts the Pinacoteca and the archaeological museum; you can go shopping in Corso Cavour or stop at Piazza della Republica for a rest and of course the obligatory ice cream!

From Foligno you will continue cycling among cultivated fields and canals to your home for the night, in Casco dell‘Acqua. The accommodation, a beautiful eco-guesthouse, is situated along the River Clitunno, a great spot for enjoying the local countryside or simply relaxing by the pool. 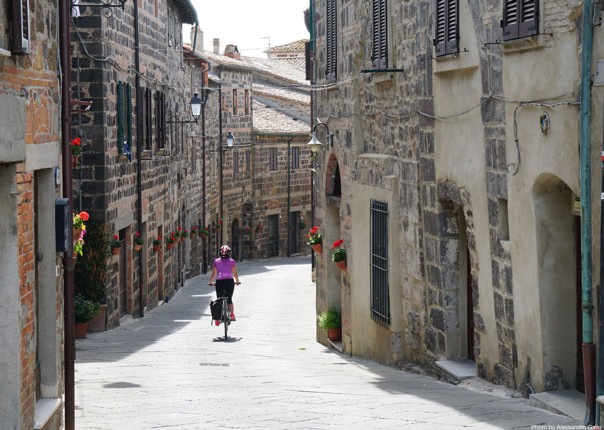 It’s your last day in the saddle today, when you’ll reach Spoleto; which you can’t miss, even from a distance, because of its fortress which dominates the city from above. You will enter the city on a bike path and, after Porta Garibaldi, you can leave your bikes and discover Spoleto on foot.

The historic centre and its Duomo, the Ponte delle Torri (Tower Bridge), the fortress, the Roman house and the amphitheatre are situated in the upper part of the city. After you’ve explored, it’s just a short ride to your hotel, situated just outside the city in the beautiful countryside.

Tonight you’ll have the option to put your skills to the test and try out some pizza making (and ultimately eating the result!) – a brilliant way to spend your final evening in Italy!

It’s time to say Ciao to your cycling adventure and to begin your journey home. We have arranged a transfer for you back to Perugia airport, but if you‘re not ready to say goodbye yet and would like some extra time in the region then just let the Skedaddle office know and we can help you with arrangements (transfer approx. 30mins).

You’ll be riding through a mixture of flat and rolling countryside, primarily on quiet country roads (around 80% of the route) and along a mixture of cycle paths and cycle lanes (where you’ll be separated from motor vehicles). Please note that some roads will be busier than others, and will have local traffic, especially leading into the towns, and so it is important that your children are comfortable riding on the road.

The majority of the route sees you cycling on well surfaced tarmac, (but watch out for some short sections that aren’t as well maintained). There will be some short sections along the way on hard-packed dirt and / or gravel roads and so we recommend hybrid bikes for this tour. (Not suitable for road bikes). 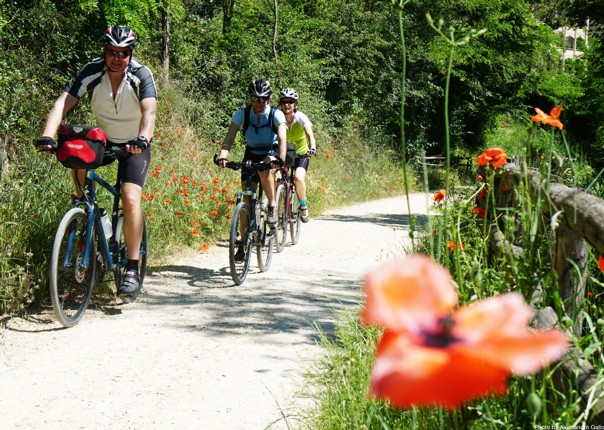 For those looking for an easy-going route

Mainly on the flat

Some undulations and the odd cheeky climb

Maybe you and your family have recently got into cycling and would like to do more over consecutive days, or maybe you‘re looking for a more energetic alternative to your usual vacation? If you’re looking for an opportunity to try some quiet, safe roads, cycle paths or some accessible, cycle friendly routes these trips might be for you. You’ll come across some gently undulating terrain and the odd cheeky challenge, so we’d generally expect those on a Grade 2 trip to ride their bikes relatively frequently at home, occasionally heading out as a family for some leisurely rides at the weekend.

Daily departures available. The season prices below are applicable for all start dates between and inclusive of the stated dates.

We can offer the following discounts for children under 18:

B) Meals as per the itinerary

A) Bike rental (available if required)

E) Meals not stated in the itinerary

H) Entrance fees to museums and other attractions

This tour starts in Assisi and finishes in Spoleto.

Alternatively you can fly into either Florence airport (FLR), 180km from Assisi, or Rome Fiumicino airport (FCO), 190km from Assisi. Please bear in mind that transfers to Assisi are not included if arriving into either of these airports, but can be arranged on request. You can also make your own way by train from both Florence (approx. 3hr 30min) and Rome (approx. 2hr 30min) to Assisi, where your local representative can pick you up.

Accommodation is in double or twin rooms as standard; we do also have some family rooms to share for up to a maximum of 4 people in each room.

On this trip we generally use high-quality, 3* hotels, country houses and one 4* hotel. Many of the hotels you’ll stay in have swimming pools and brilliant facilities for the whole family!

The rental bikes are typically Lombardo (or equivalent) hybrids with semi slick tyres.

Rental bikes come with a bottle cage, one front and one rear pannier bag, a map case/holder, a puncture repair kit, bike pump and bike lock. We have both standard and step through frames available, please let us know if you have a preference.

We can provide helmets with the bikes if requested – please request at the time of booking if you’d rather not bring your own along.

We also have electric bikes available, but only a small number, so these are available only on request.

Also available for your family to rent are a selection of children’s bikes, tag-alongs (under 8 years), trailers and child seats.

This new self-guided cycling tour from Saddle Skedaddle offers the chance to explore the food and culture of Umbria on two wheels, on a route from Assisi to Torgiano to Bevagna, ending up in the elegant town of Spoleto. The cycling is mostly on traffic-free routes and never covers more than 24 miles a day, with plenty of stops along the way for gelato and pizza. Most of the hotels have swimming pools and run activities, including pizza-making classes.

Come on gang, you can do it! That will be the cry on Saddle Skedaddle’s new self-guided family foray into Umbria’s medieval and Roman towns, olive groves, vineyards and lush mountains. Traffic-free country lanes and cycle paths form the basis of the place-to-place route, there’s lots of sightseeing and even a pizza-making session along the way. Children must be able to cycle up to 24 miles, but there’s perennial bribe of pizza, pasta and gelato at every pitstop, and lots of swimming pool action at the 3-4 star hotels en route.

The Guardian (2018), 20 of the best adventure travel challenges 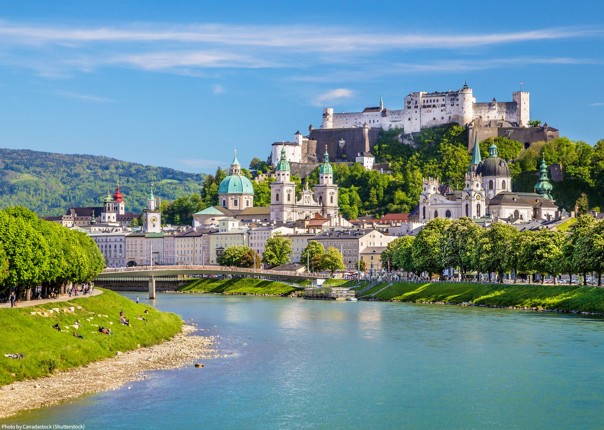 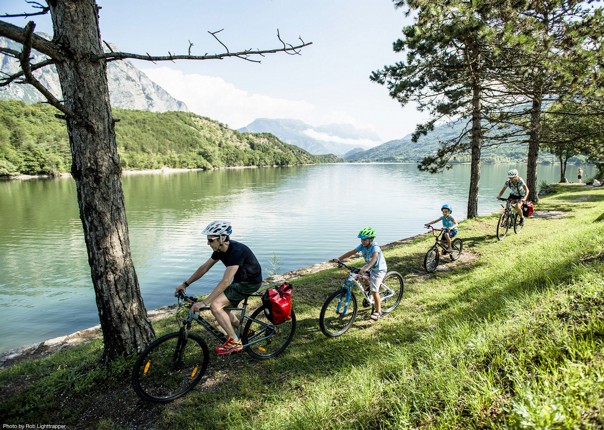 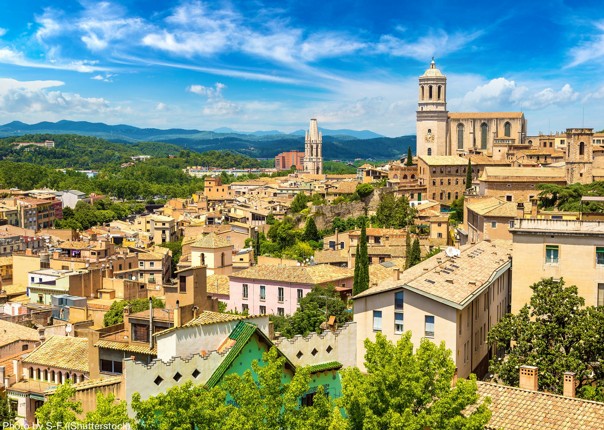