£2,255 P.P.
Summary Itinerary Gallery The Cycling Dates & Prices The Essentials
Search Holidays
BOOK NOW
Croatia's Dalmatian coast and its many islands are famous the world over for their outstanding natural beauty, picturesque seaside villages and numerous historically significant sites.
Starting in the magnificent historic city of Split and ending in vibrant Dubrovnik, this brand new, gently-paced, island-hopping tour allows us to explore the best of both the mainland and some of the larger and more significant islands.
We spend the first three nights of our adventure in Split, not far from the ancient centre and the Unesco World Heritage listed Diocletian’s Palace, from where we'll explore firstly the mountains and coastline surrounding the city and then later the islands of Brac and Hvar.
Later in the week we will leave Split to venture further afield, taking in the island of Korcula and the beautiful wine growing region of the Peljesac peninsula.
Moderately-challenging with relatively short daily distances, some of which may be abbreviated for those keen on a little more relaxation, this tour has been designed for those who value soaking up the scenery and enjoying a late afternoon beer in the sunshine as much as they enjoy excellent road cycling. 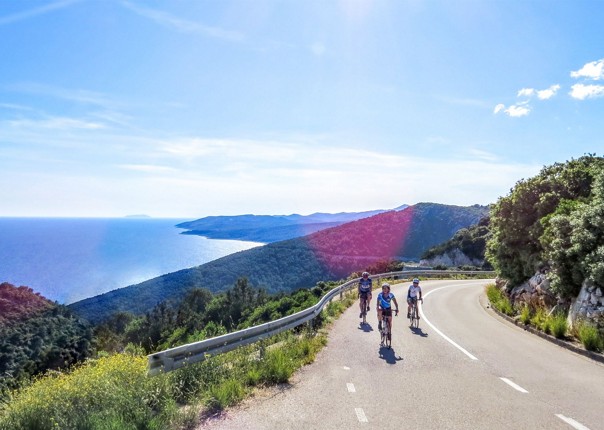 After arrival in Split International (Resnik) airport we will transfer to our hotel in the heart of the 1700 year old city of Split where we will assemble and fit our bikes. Flight schedules-permitting, time is set aside for a little exploration of what is arguably Croatia’s finest city.

The city buzzes with life as locals and tourists alike mingle in the beautiful historic centre. The Diocletian’s Palace, a UNESCO World Heritage Site, with its warren-like atmospheric old streets packed with bars and restaurants and impressive array of Roman monuments and architecture, is a must see.

Later we’ll meet to have dinner together while the Skedaddle team describe what lies in store for the week ahead. 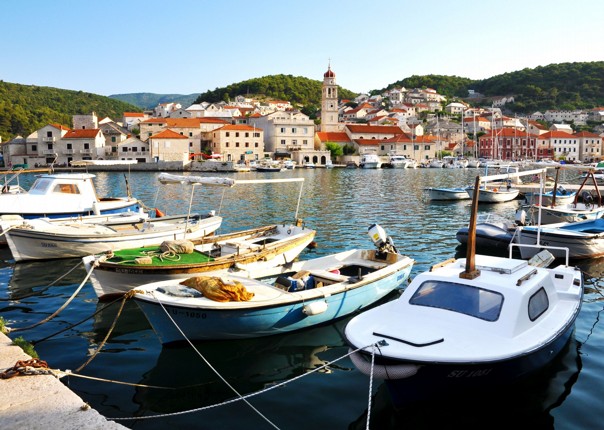 Today we will explore the region around Split and it is the only stage that we will spend entirely on the mainland.

We begin by heading west out of the city into and around the small peninsula of the tree-covered Marjan Park where we will climb the gentle slopes to enjoy breathtaking views of the city and all of the islands that we will visit during the next few days.

After completing one full circuit of the coast road around the peninsula we change direction completely, heading back along the coast, bypassing Split to head into the mountains that overlook the city. Our loop ride climbs gradually for 16 miles/25 kms before we reach the summit at just over 500m above sea level. A swift descent then drops us back down to sea level via the hill town of Donje Sitno after which we retrace our tracks back to Split where we will spend a second evening.

Today we will move away from the mainland to visit Brac, the first of the islands on our tour and one of the largest in Croatia.

Following breakfast we’ll ride the short journey to the ferry port where we’ll board the boat for the hour-long crossing to Brac. The island is famous for its tradition of stone cutting and carving and is the source of materials used in some of the world’s most famous and significant buildings including the Hungarian Parliament Building, the Diocletian’s Palace in Split and the White House in Washington D.C.

Once on the island we’ll set off along the coast and then into rolling olive-clad hills as we make our way to Vidova Gora, the highest peak of all the islands of Dalmatia. We then descend from the summit back down to the coast where we’ll enjoy lunch before jumping back on the ferry for the return journey to Split.

As we did yesterday we begin the day with a ferry crossing but this time we‘re setting sail for the Island of Hvar. The boat will dock in the town of Stari Grad, situated at the end of a long, protected natural harbour. Stari Grad was originally colonised by the ancient Greeks in around 400 BC and is reputed to be one of Europe’s oldest cities.

After disembarking we begin our exploration of the western and hilliest half of the island, climbing into the hills almost as soon as we leave the port. The road rises sharply and then drops us down through lavender fields and small rural settlements leading us to the Venetian town of Hvar which gives the island its name.

Another climb returns us to the north side of the island where, after descending, we spend the rest of the day exploring the lower, rolling roads of the Stari Grad Plain, an ancient agricultural region of significant historical importance and UNESCO World Heritage status.

Finally we negotiate a few more minor lumps and bumps to reach the sleepy fishing village of Jesla where we will spend the evening in a simple island hotel.

Today we will spend most of the day discovering the eastern half of Hvar as we follow the rollercoaster road along the spiny ridge of the needle-shaped island. Accompanied by lovely views of the mainland as we ride, we’ll pass through the villages of Poljica, Zastrazice, Gdinj and Bogomolje before we reach Sucuraj at the very eastern point of Hvar where, after lunch, we will take the first of two short ferry journeys.

The first crossing takes us to Peljesac, not actually an island but a thin finger-like sliver of mainland extending out from the coast just north of Dubrovnik. A steep 3 mile/5 km climb to the summit of Sveti Ilija (Saint Elijah) is followed by an equally steep 4 mile/7km descent to the small harbour in Orebic, on the southern side of the peninsula, where we will embark for our second crossing to Korcula Island, purported, although often disputed, to be the birthplace of explorer and merchant, Marco Polo, which will be our home for the next two nights.

Today we have an opportunity to explore beautiful Korcula with its charming villages, pine forests and vineyards.

Our route takes us across the island to the village of Pupnatska Luka, renowned for its beautiful pebble beaches, before continuing west to Brna where will hug the coast for 6 miles/10km before climbing back through the pines and olive groves into the heart of the island. Our return journey from the pretty hillside village of Smokvica follows the same roads we used to earlier as we left Korcula town and naturally leads us all the way back to our hotel.

We’ll spend the late afternoon and evening wandering the narrow Venetian narrow streets of the fortified town and perhaps sampling some of the traditional home-made specialities such as gnocchi or pasticada for which the island is famous. 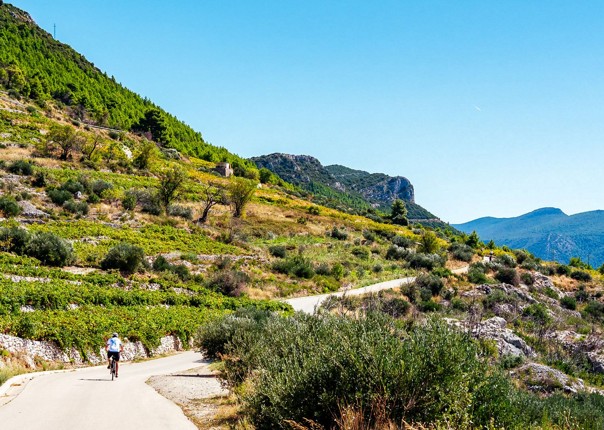 Our final day begins once again with a short ferry journey back to the peninsula of Peljesac which is where we will spend our final hours on the bikes riding through Croatia’s primary wine growing region.

Leaving the vineyards behind, we will ride almost the entire length of the peninsula, ending our adventure in Mali Ston, famed for the longest fortified city walls in Europe as well as its oyster and mussels beds.

Upon completion of our ride we’ll load up the bikes and transfer to Dubrovnik where we will spend our final evening.

Alas it is time to bid farewell to Croatia and the beautiful Dalmatian coast and we’ll transfer to Dubrovnik airport in time for return flights.

Our route concentrates mainly on minor roads and quiet country lanes. Much of the riding is gently-rolling however most days do include a moderately-challenging climb or two, some of which may include occasional steep sections. Road surfaces are generally good however there may be some rough, gravelly or potholed sections in some of the more rural regions. The entire route is however suitable for standard road bikes fitted with normal 700C tyres. For comfort we recommend a 700×25C minimum. 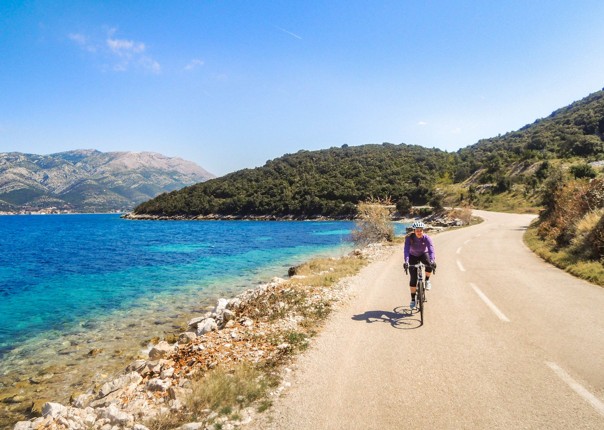 A moderately difficult tour somewhere slightly tougher than a Grade 2, but not as difficult as Grade 3

Some long days and significant climbs

You’re reasonably fit and ride frequently at weekends, sometimes staying on the bike for a number of hours at a time. You do enjoy an occasional challenge and quite happy climbing but you‘re unlikely to be found daydreaming about ticking off all the famous cols of the Tour de France. That said the prospect of tackling a semi-serious to serious mountain pass doesn’t fill you with dread. You enjoy the social aspect of cycling and look forward to the occasional coffee-stop as much as the riding itself. You have good control of your bike and feel confident in your skills to ascend and descend safely. Whilst you find a full day in the saddle fulfilling, you’re not obsessed and as much as you are looking forward to the riding on your holiday, you’re also looking forward to a little local culture and cuisine. Grade 2-3 would be a good option for you.

Are you keen to only travel with your family or friends? Struggling to find the right date? Well, we can organise a private departure for this tour and tailor aspects to suit your group's specific needs. Contact our friendly team and we'll help you turn your dream into reality.

D) Unless stated, at least one leader qualified in first aid

Your tour starts in Split and finishes in Dubrovnik.

Group airport transfers are included in the cost of your holiday and both the arrival transfer from Split airport (SPU) and return transfer to Dubrovnik airport (DBV)will be co-ordinated with the group flight schedule.

We will provide you with details of suitable flight/arrival/departure schedules as flight timetables become available.

Please check with us before making any travel arrangements to ensure we have reached the minimum number required to guarantee your holiday and to ensure your arrangements fit with our scheduled transfers.

Please note – If you make travel arrangements that fall outside of the scheduled transfer windows, there may be an additional charge for individual transfers.

As with all of our trips we aim to use accommodation which showcases the style and hospitality of the area you are visiting. We always have comfort and convenience in mind when selecting such places.

If you have opted to hire then your bike will be an aluminium framed Musing Crozzroad Lite, equipped with Shimano 105. Alternatively, if you prefer a bike with a higher specification you can upgrade to a full carbon Cannondale Synapse, equipped with Ultegra di2 and disc brakes.

Each bike will come equipped with at least one bottle cage, a small pump, and a saddle bag. We can also include a helmet which should be requested at time of booking. Please note that your bike will come with flat pedals as standard, so please do bring your own if you use clip-in pedals.

Our 26 favourite days in the saddle

What is the best day you can experience? Well, our expert team has some ideas...

Eat, ride, relax, repeat! We take a trip inside the mind of a cyclist as they navigate their day on tour...

Everything you need to know about our legendary Skedaddle picnics...

No reviews available yet! 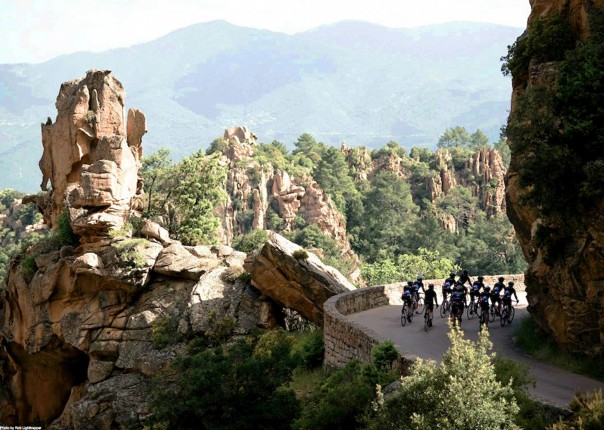 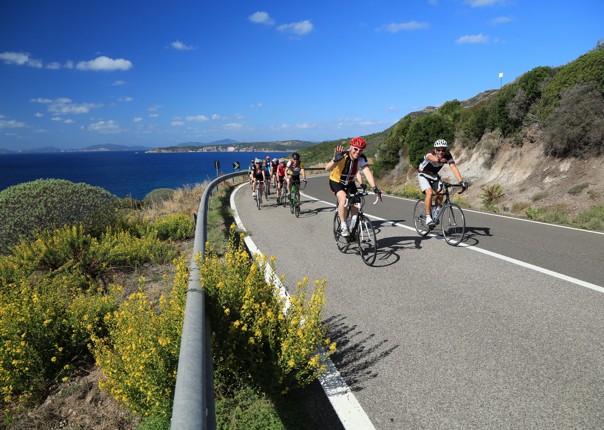 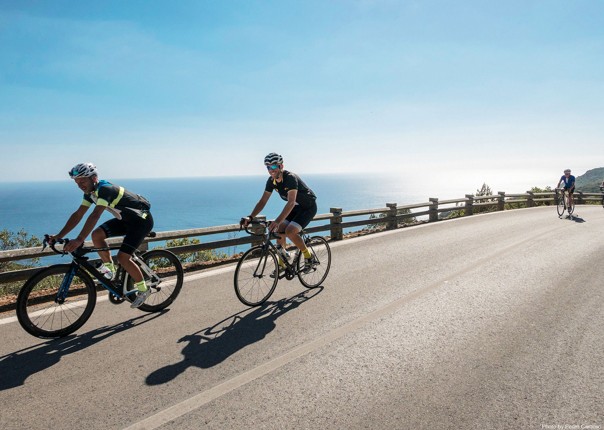