$840 P.P.
Summary Itinerary Gallery The Cycling Dates & Prices The Essentials
Search Holidays
BOOK NOW
View Reviews
2
The Yorkshire Wolds Cycle route is a circular ride of more than 140 miles that takes in the beautiful scenery and the dramatic coastline of the Yorkshire Wolds, a landscape that inspired David Hockney's Woldgate. Taking in grand country houses, nature reserves, historic priories, and some of the region’s most fascinating landmarks, combined with rolling hills, hidden valleys and peaceful villages, the Yorkshire Wolds is the perfect place to cycle and unwind.
Going west from Beverley to Market Weighton and Pocklington and then as far north as Malton, across to Bridlington in the east and then back through Driffield, you'll pass through lots of traditional Yorkshire towns and villages – great for tea and pub stops!
Known as the 'king of the wolds', both Driffield and the ancient market town of Beverley, with its breathtaking Gothic minster and lovingly preserved old streets and stone buildings, lie on lower ground within the arms of the crescent. Home to thousands of seabirds, Bempton's white cliffs are the Wolds rising impressively out of the North Sea. Bridlington's beach backed promenades are open for cycling and the halls and gardens of Sledmere, Sewerby and Burton Agnes Hall offer great stop off points to relax and explore a touch of history and culture.
The magnificent unspoiled scenery, beautiful ancient market towns, outstanding historic country houses, sweeping coastline and friendly locals, have many visitors returning to the region year after year.
This self-guided trip cycling in Yorkshire is for a minimum of 2 people and accommodation, luggage transfers and emergency back up are all included. We also provide detailed route notes and maps to enable you to do the route self-guided. Nothing could be simpler!

Spotlight on: Yorkshire from Saddle Skedaddle on Vimeo. 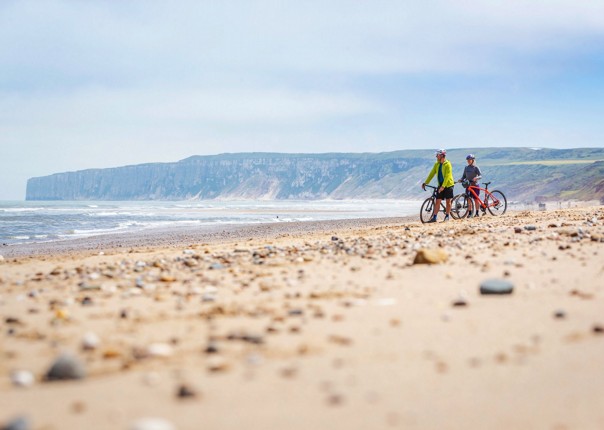 We have loved this week in the Yorkshire Wolds and would like to thank you for a service which exceeded all our expectations when we first booked with you. Thank you Team Skedaddle.

Today your arrival destination is the beautiful market town of Beverley. If arriving by car you will be able to leave your vehicle near to the accommodation for the duration of the trip,or if travelling by train is your preferred mode of transport, your accommodation is just a short walk away. You are then free to spend the day exploring this wonderful town with its small cobbled streets and its stunning Gothic Minster, arguably more impressive than the one in York! There are numerous places to eat in the town in the evening.

After a traditional Yorkshire breakfast our representative will meet you and talk you through the route over the days to come. If you are hiring a bike they will set you up ready for your ride.

After leaving Beverley we get our first taste of the rolling countryside of the Wolds. We pass through Market Weighton before reaching our evenings destination at Pocklington, one of the many picturesque market towns you’ll cycle through. You can explore the town before enjoying an evening meal at one of the local restaurants.

Todays ride is slightly more undulating and takes us over the highest point of the whole holiday at Bishop Wilton Wold. The famous British artist David Hockney painted the view from the summit. We cycle through the picturesque village of Thixendale, with its local pub the Cross Keys one of many small country pubs that we we pass today, before skirting the Howardian Hills, a designated area of outstanding natural beauty, and arriving into Kirkham with its impressive ruins of the Augustinian priory established in the 1120’s.

Why not add an extra day in Malton so that you can cycle to Castle Howard which is one of Britain’s finest historic houses, set in a thousand acres of sweeping parkland dotted with statues, temples, lakes and fountains and well worth a visit! 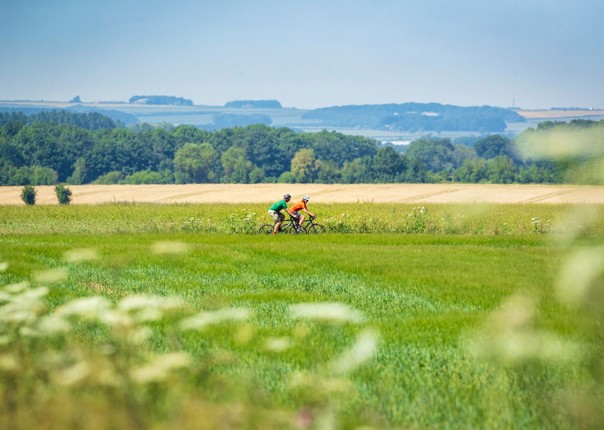 A hearty breakfast will help you during the first section of the day which has some cheeky little inclines.

The route today takes us via Sledmere a Georgian country house set amongst gardens designed by the famous gardener Capability Brown. Certainly worth exploring and there is a lovely cafe on site for tasty refreshments.

This afternoon undulates through more small villages before we arrive at Hunmanby just short of the coast and the location of our evenings accommodation. 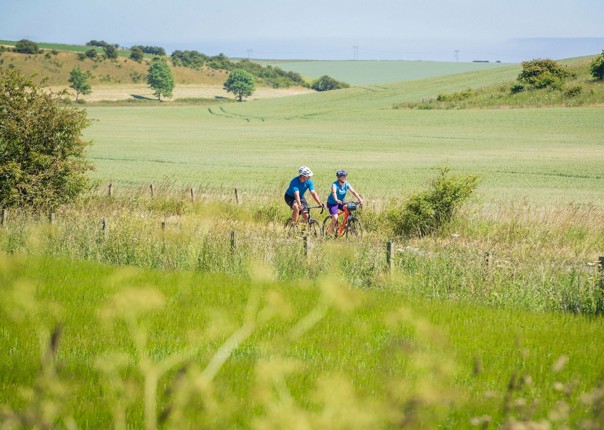 There are just so many things to do today!

Watching the thousands of seabirds on the cliffs at Bempton and then Flamborough Head, the hall and gardens at Sewerby hall before you reach the bustling seaside town of Bridlington famous for its fish and chips and the sea front promenade.

Finally you have the stunning Elizabethan manor house at Burton Agnes to explore in the afternoon before the day finishes in the market town of Driffield. Oh yes, all joined together up by some lovely cycling. 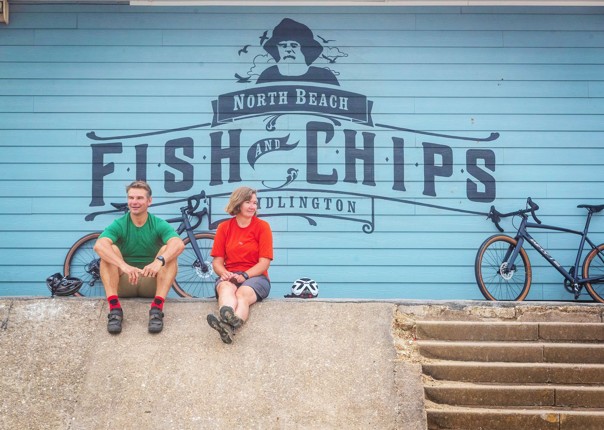 Today the final days cycling is the relatively short and flat ride to Beverley. You’ll have some time to explore Driffield before your leisurely ride back through small pretty villages to the start of your journey at Beverley.

Back in Beverley you can collect your car for your onward journey, or take your return train home.

Although thought of as a quiet part of Yorkshire the rolling hills, coastline, pretty villages and stunning halls and gardens will leave a lasting impression that will likely draw you back another day. 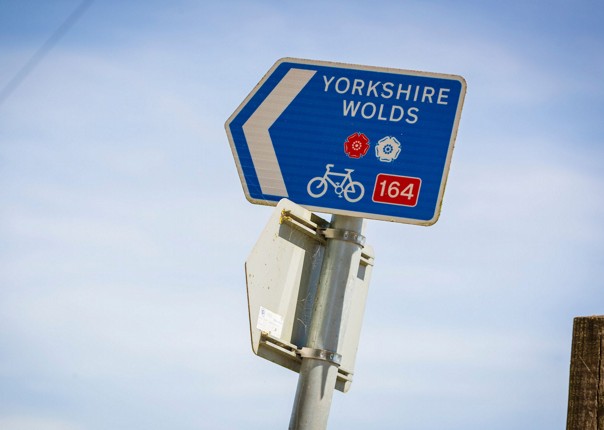 Most of the surface is tarmac. There is an unavoidable short grassy section which climbs a farm track for approx. 2km (1.25 miles). 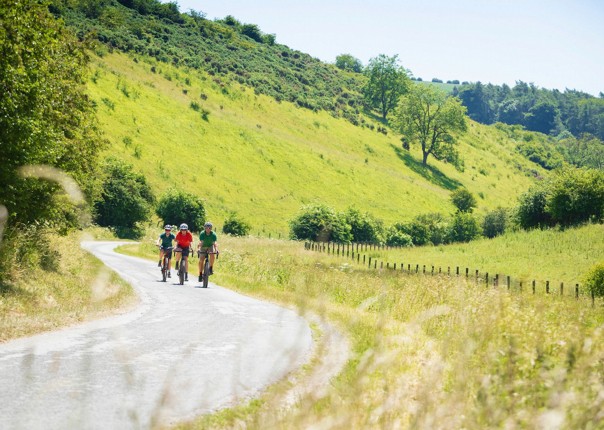 Aspects of both our grade 2 and 3 trips

Trips that are graded as a 2-3, will have aspects of both our grade 2 and 3 rides. These tours are still suitable for those perhaps who have recently got into cycling, and offer an array of accessible, cycle friendly routes, cycle paths and quiet roads, however there will be some days / sections where you may have to tackle some ups and downs, the occasional steeper climb and perhaps some varying terrain (forest tracks, gravel paths etc). Suitable for those with a decent level of physical fitness, looking for some leisurely rides with occasional (achievable!) challenges along the way.

From April to mid-October you choose your start date. Just give us a call or drop us an e mail to check availability.

The nearest airport is Humberside (HUY) which is accessible from North America with one stop in Amsterdam with KLM. You can then take a 40 minute taxi to Beverley. If travelling by train the accommodation is just a short walk away from Beverley train station.

Please contact us for more detailed information on the specific schedules that we recommend for your holiday and check with us before booking your travel so that we can ensure it fits with the trip schedule.

In the UK we use small, good quality 3 or 4 star hotels, B&Bs, inns and small family-run hotels. Our trips are operated on a twin-share basis but single rooms can be provided, subject to availability, for a supplement if requested at the time of booking.

If you would like to hire a bike we have both hybrid and electric bikes available to hire. The hybrid bikes are generally Giant Roam or Liv Rove with a large 30 speed gear range, semi-slick tyres and a relaxed riding position. Our electric bikes are generally Giant Entour E+ Disc pedal assist bikes with batteries suitable for the daily distances on this holiday. Helmets and panniers are provided with all our hire bikes along with an emergency repair kit including a spare innertube, bike pump and bike lock.

A 140-mile gentle to moderate circular cycle tour, ideal for novices (and with emergency backup if required), explores the winsome Yorkshire Wolds, from the quiet Howardian Hills to the dramatic bird-busy cliffs of the coast.

The Telegraph (2020), Staycation nation: 10 of the best UK activity breaks for summer

Everything we could have wished for...

From our very first contact with you we have been delighted with your excellent customer care and attention to detail. The service provided by Skedaddle was perfect!! Every member of staff with whom we have dealt have been friendly, efficient and caring. The office staff Alison and Adam, have been delightful and could not have improved their service in any way. The pre holiday information was everything we could have wished for, and the daily cycle route information could not have been better. We also really appreciated the .gpx files which (almost unbelievably) took us from door to door.

Our favourite day was the first day, travelling from Beverley to Pocklington, which was super. All the days were different and those “cheeky little climbs” were enervating. We enjoyed every day. We could not believe how efficient the luggage transfer service was, and we were astounded by the accommodation. We have loved this week in the Yorkshire Wolds and would like to thank you for a service which exceeded all our expectations when we first booked with you. Thank you Team Skedaddle. We now cannot wait for our next tour with you in September. 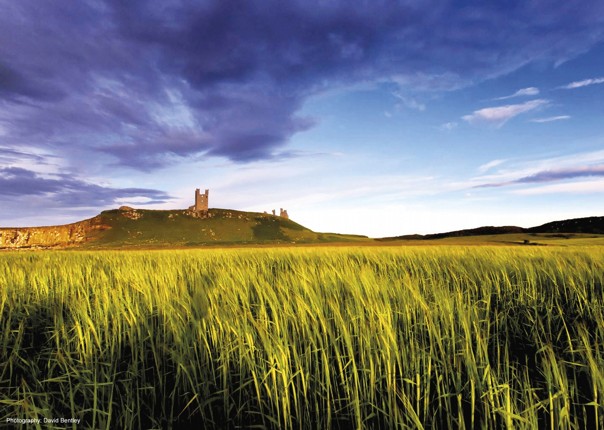 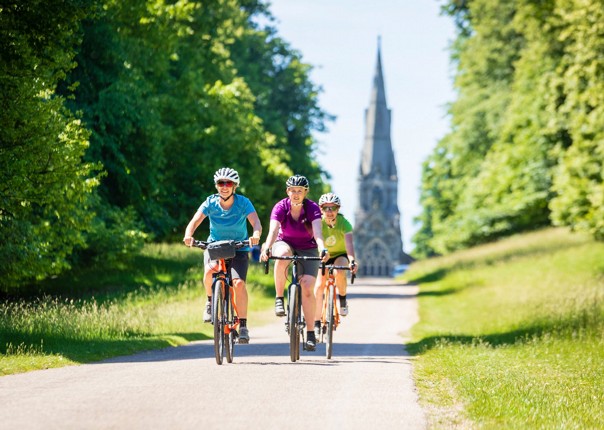 Way of the Roses (5 days cycling) 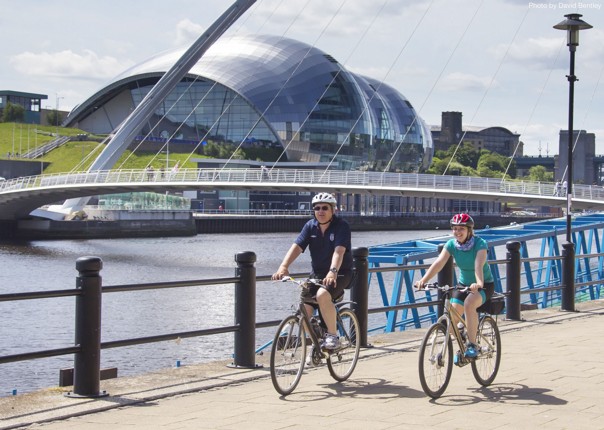